‘We had to eat DUNG for months’: Antonio Conte goes on a bizarre rant over the future of his Inter Milan side as they finish the Serie A season just a point behind champions Juventus

Antonio Conte outlined his frustrations with the Inter Milan board in a bizarre post-match rant following the conclusion of the Serie A season.

Inter claimed a 2-0 victory over Atalanta to finish the campaign in second place, one point behind champions Juventus, but Conte was far from happy at the full-time whistle.

The former Chelsea manager believes the club’s hierarchy should have done a better job of protecting the squad from the criticism they received when results were going against them earlier in the season. 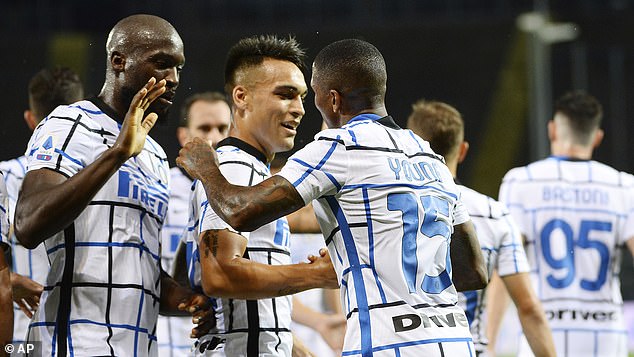 His Inter Milan side finished the Serie A season in second place, one point behind Juventus

Conte also praised his players for creating a siege mentality at the San Siro and accused the club of failing to learn from its past mistakes, referencing an interview with former manager Luciano Spalletti in 2017. 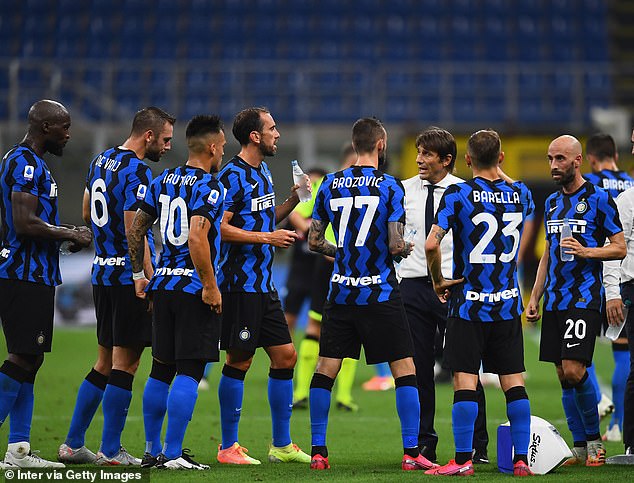 ‘It was very, very intense this year, difficult, and the lads did well to isolate ourselves and create unity within us, despite the difficulties. I don’t like people who get on the bandwagon and I saw a lot of that with Inter this year.

‘We had to eat dung for months and got zero protection. My problem is that I have a vision, I see the path we have to take and I know what we need to do.

‘I saw the other day an interview that Luciano Spalletti gave at Inter in 2017. We’re now in 2020 and nothing has changed. 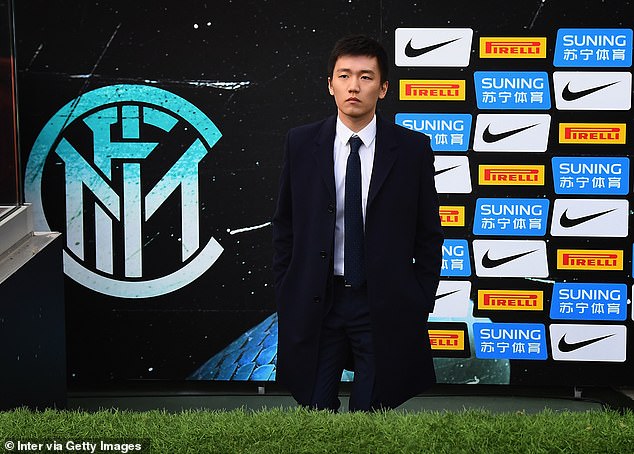 ‘I can be a lightning rod for the first year, but if you don’t learn and keep making the same mistakes, then that’s just crazy.

‘I want to be absolutely clear that I am not talking about the transfer market or the players. I want that to be very clear.’

Inter still have a chance of earning some silverware before the European football campaign concludes. They will face LaLiga side Getafe in the last 16 of the Europa League on August 5  with the competition taking place in Germany.