Bournemouth defenders Chris Mepham and Steve Cook have led the tributes for former Cherries Eddie Howe who left the club on Saturday.

Howe was relieved from his duties as Bournemouth head coach following the club’s relegation from the Premier League in July, which brought a five-year spell in the top-flight to an end.

The 42-year-old took the south coast club from the bottom of League Two to the Premier League over two spells which total over a decade. 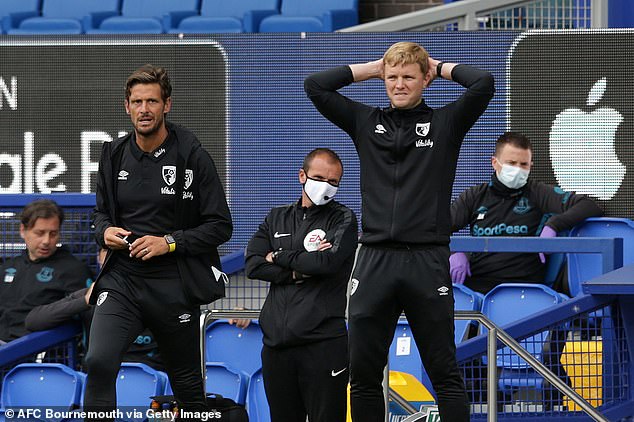 Ever-present defender Cook, who was a mainstay in Howe’s sides that won promotion to the Championship and Premier League, tweeted: ‘Can’t really put the emotions of the last week into words. Now tonight adds to the “end of an era”.

‘I can’t quite put it into words but I can only thank the manager, he gave me the chance to play in the Premier League which is every boy’s dream.

‘An amazing eight years I had playing under him and something I couldn’t imagine changing.

‘Two promotions, a championship winners medal and five years in the best league in the world. Thanks for the memories.’ 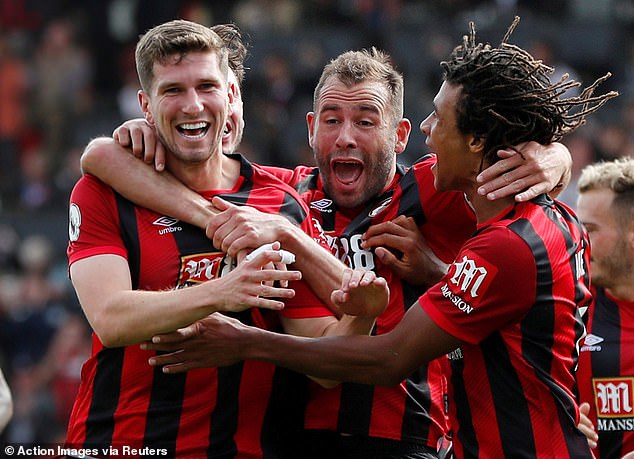 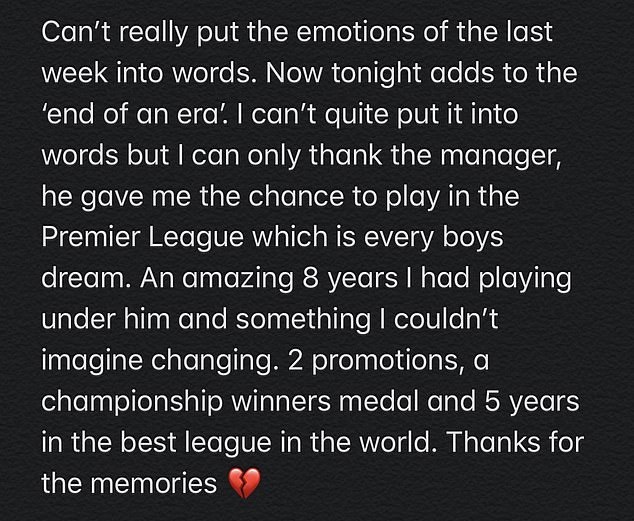 Mepham, who Howe signed from Brentford in 2019, tweeted: ‘Absolutely shocked and gutted by the news … can’t thank him enough for giving me the opportunity to play in the Premier League and for giving me the platform to grow as a person and as a player! I wish you all the best in the future gaffer.’

Charlie Daniels, who played alongside Cook in Howe’s double promotion-winning sides, also posted: ‘The man who believed in me and pushed me to be better every day, The man who gave me my dream of playing in the Premier League.

‘We achieved what many thought was impossible, What a journey! Thank you for everything.’ 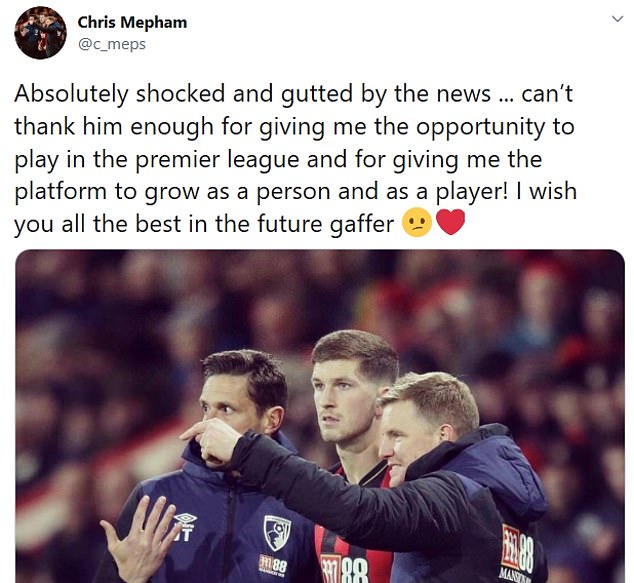 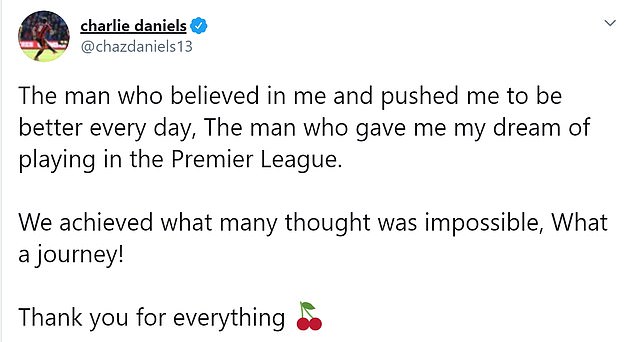 Fellow defender Nathan Ake, who is expected to complete a £41million move to Manchester City this month, also thanked Howe for helping the Dutch defender in his career.

Charlton defender Jason Pearce, who played 162 times in the league for Bournemouth between 2007 and 2011, said: ‘What a man. Played a massive part in my career. Inspiration.’ 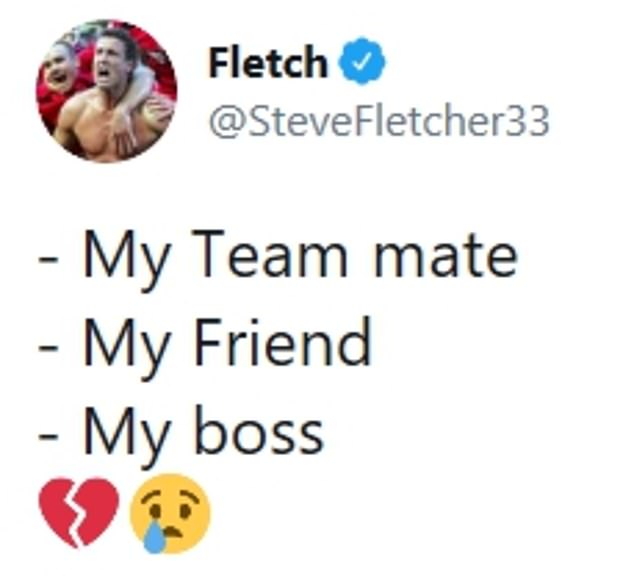 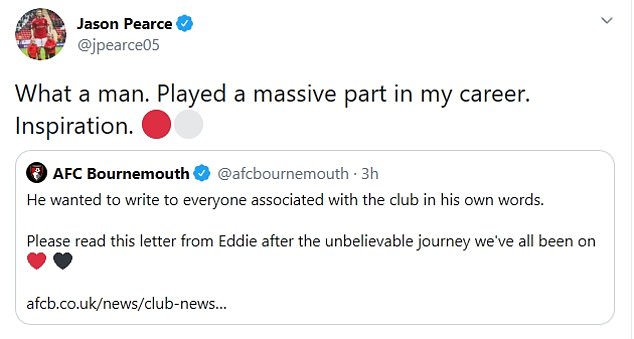 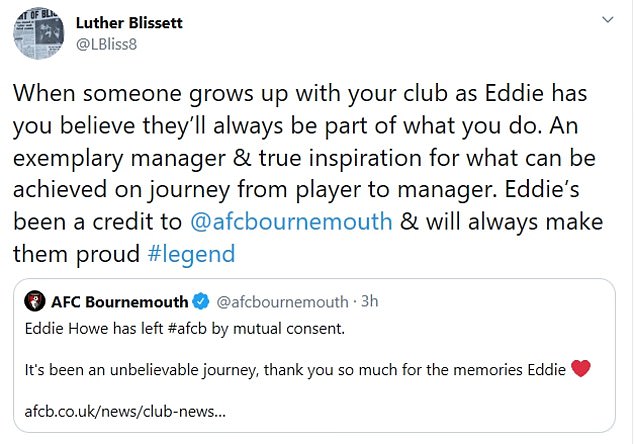 Luther Blissett added: ‘When someone grows up with your club as Eddie has you believe they’ll always be part of what you do. An exemplary manager & true inspiration for what can be achieved on journey from player to manager. Eddie’s been a credit to @afcbournemouth & will always make them proud #legend’

Howe leaves Bournemouth having taken charge of 458 matches at the Vitality Stadium, with a win percentage of 45 per cent.

The Englishman earned promotion from League Two in 2010, before taking the Cherries to the second tier three years later.

After two seasons in the Championship, Bournemouth won the 2014-15 Championship season and were Premier League regulars until last month. 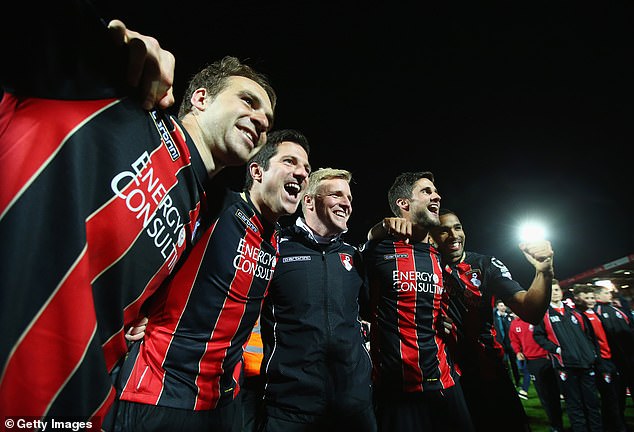 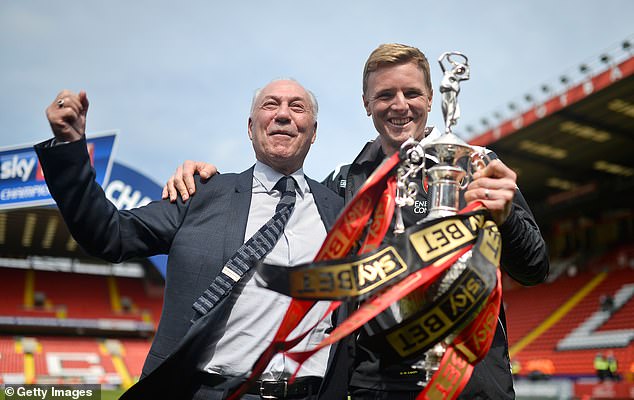