Rangers have unveiled their new away kit for the upcoming 2020/21 season with a new manufacturer.

The Gers have switched from Hummel after a three-year deal with the German manufacturers and have partnered with new company Castore.

The new white away kit has been released in a switch-up from last season’s black and blue colour-way as Steven Gerrard’s side prepare for the new Scottish Premiership season. 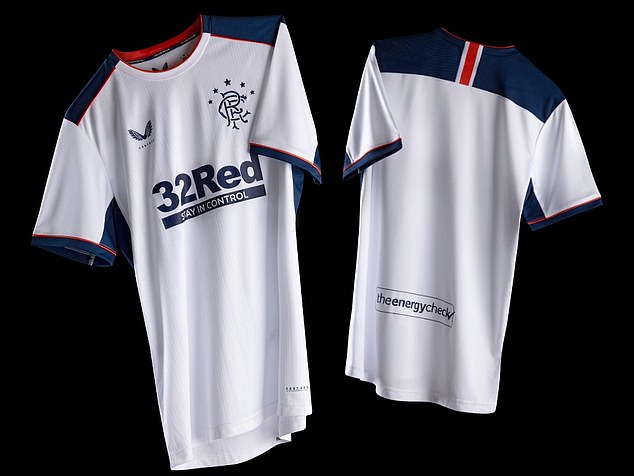 The sponsorships and club badge on the kit are in navy, which complements the white nicely with subtle hints of red outlining on the sleeves and neck.

Rangers are going to debut the kit on the opening day of the Premiership season against Aberdeen.

The new deal struck with Castore, who were founded in 2015, is reportedly worth £20million, according to Sportcal. 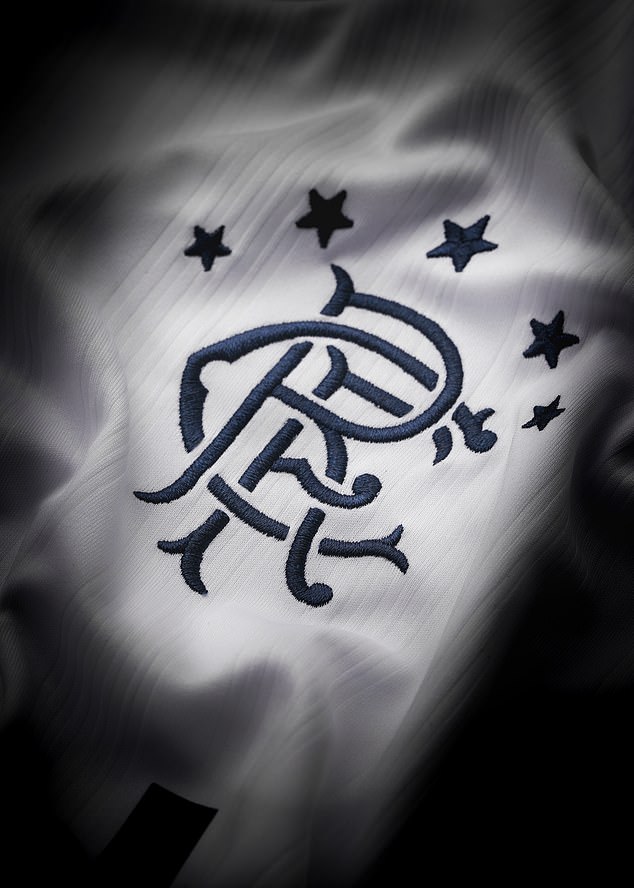 The new strip is in a white colour-way, with navy embroidery along with subtle hints of red

Rangers are hoping to upset their party for their Glasgow rivals, Celtic, who are on the hunt for their tenth Premiership title in a row.

Gerrard said that he understand that Celtic’s aims will be the narrative of the season and insisted that they are ready to kickstart the season.

When asked about Celtic’s aims for a tenth successive title, he said: ‘I think the players are aware of it anyway.

‘Everyone is aware of it — the board, the fans, the players. Of course, it comes up in conversations. I would be a liar if I said it didn’t.

‘But, for me, it’s important to focus on the next challenge and that’s Aberdeen. We know and respect there’s going to be a lot of noise on the outside.

‘On the inside, it is my job to keep them focused on the next challenge and not really add unnecessary pressure to the players.

‘There’s no getting away from it, we have to accept the situation at the time, where we all are and just give our best shot for this football club.