Alexis Sanchez is on the cusp of finally ending his horror spell at Manchester United as Inter Milan get set to announce the permanent signing of the Chilean forward.

The move should represent a good piece of business all round, with United set to save up to an eye-watering £58million in wages for a player they forked out an astonishing amount on, while Antonio Conte finally appears to have gotten his man.

Conte was eager to buy Sanchez when he was manager at both Juventus and Chelsea but he only got his wish when Inter signed him on a loan deal in August last year – however, now the pair will get to work with each other on a permanent basis.

Here, Sportsmail’s ALVISE CAGNAZZO has looked at Sanchez’s transformation at the San Siro following a hugely difficult start to life in Milan…

NIGHTMARE START IN SERIE A DOWN TO ANKLE PROBLEMS

After a nightmare at Old Trafford, Sanchez was hoping to get his career back on track with Inter but things certainly didn’t go to plan straight away for the 31-year-old.

Sanchez’s return to Serie A was very difficult due to numerous acclimatization problems but also due to a different type of football compared to that of LaLiga and the Premier League.

In Barcelona, his attentions were solely focused on attack, while in the Premier League he was used to playing dynamic and faster football – especially under Arsenal manager Arsene Wenger.

When he arrived at San Siro, he struggled for regular game time due to the brilliance of the much-younger Lautaro Martinez, who has attracted heavy interest from Barcelona, before requiring surgery on his ankle. 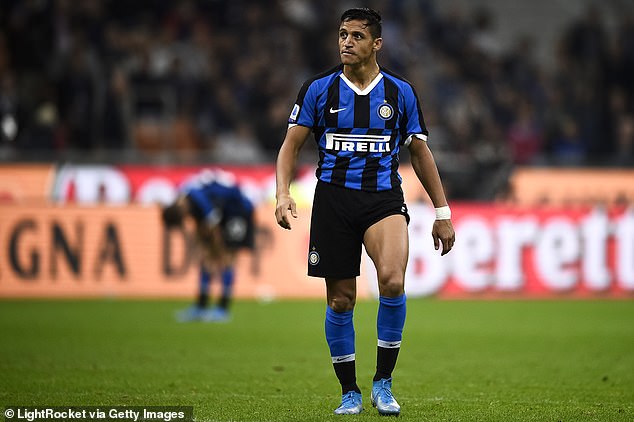 After joining initially on loan from United, Sanchez’s time in Italy certainly wasn’t going to plan

The ankle injury seemed to be an alarming sign that his physical problems were catching up with him, but after fully recovering, Sanchez has enjoyed a change in fortunes and he took full advantage of the opportunities given to him by Conte.

He ended up playing over 1,000 minutes for Inter in Serie A, scoring four times and producing nine assists in 22 matches in what was an unfortunate season for him. But if the ankle injury didn’t persist, he could have enjoyed a much more fruitful campaign as he showed signs of getting back to his best.

Sanchez will turn 32 in December and as he is set to seal a three-year contract at Inter, he has a brilliant opportunity to end his long career in Italy in style.

LOCKDOWN CAME AS A BLESSING IN DISGUISE

The coronavirus lockdown came at a good time for Conte and Sanchez, as it allowed the latter to return to his peak physical powers ahead of the business end of the season.

Conte prioritises explosive muscle work over aerobic work and the Chilean is back to his explosive best just as in the past with the likes of Barcelona and Arsenal.

Another major factor in Sanchez’s physical and performance levels rising again is down to the competition with Argentine striker Martinez.

After a rapid start to the campaign, Martinez suffered a drop in levels amid links to Barcelona and rumours surrounding his future. But the striker’s troubles opened the door for Sanchez to play as a central striker alongside former Manchester United team-mate Romelu Lukaku.

Sanchez capitalised on his opportunity and adapted his game to suit Conte’s needs. Instead of playing on the wing in a 4-3-3, the Chilean international became key centrally up top, providing that creative spark for Lukaku and his team-mates. Carrying on from above, Sanchez had not played as a central striker since his days in Udinese between 2006-11 – having been deployed as a wide player in both Spain and England.

Conte, a master tactician, decided Sanchez would be best centrally again, in a familiar system to what made him a great champion with fellow Italian side Udinese all those years ago.

Sanchez knows by heart the movements in a 3-5-2 formation from his full-backs and the aggression shown by the wing-backs, allowing him to play his natural game and link up play with ease.

After suffering early on at the San Siro in the 3-4-3 system, as his career appeared to continue in a rapid decline, Conte has got the best out of him again in the new system. 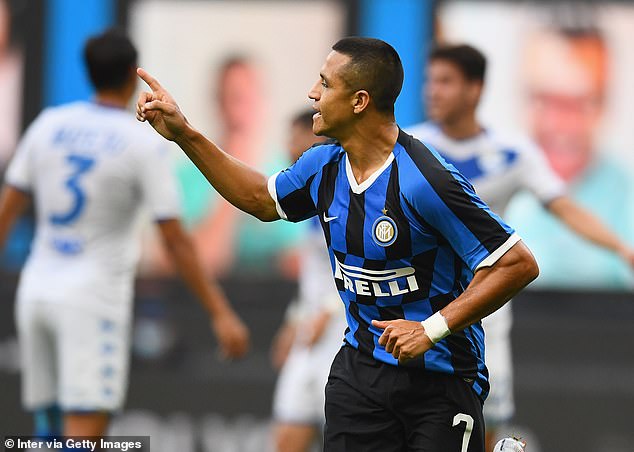 A GOOD DEAL ALL ROUND FOR INTER… AND UNITED!

Sanchez will sign on a permanent basis at Inter on a three-year deal, with United set to breathe a huge sigh of relief when the move is finally announced.

Inter chief Giuseppe Marotta has managed to acquire Sanchez’s services on a free transfer but for United too – they hope this deal will allow them to finally move on after being hindered by the forward’s astonishing wage demands.

United could save up to £58m in wages when Sanchez finally signs on the dotted line in Milan.

Sanchez had been earning a staggering basic salary of around £350,000-a-week at Old Trafford, before an additional net payment of £100,000-a-week from a £5m-a-year image rights deal.

When he arrived at United, it was agreed that additional bonuses and employers’ national insurance payments could take the potential overall figure to £560,000-a-week if Sanchez was successful. 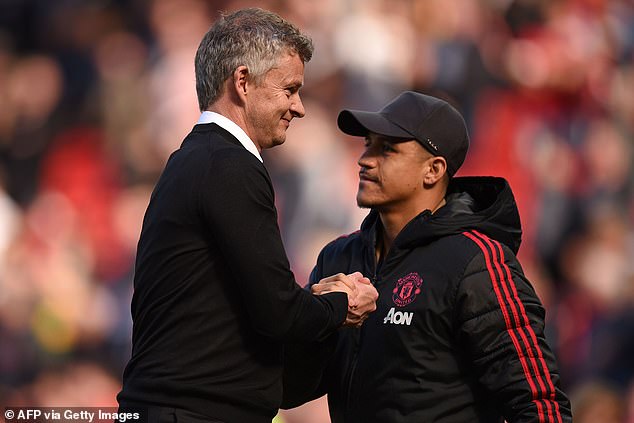 And while on loan at Inter, United were still paying £350,000-per-week on his wages – whereas now Sanchez is willing to accept a pay cut with the Serie A outfit offering a contract worth £125,000-a-week after tax.

Ole Gunnar Solskjaer has therefore managed to free up vital wages in his bid to freshen up his squad – as he targets a sensational £108m deal for England international and Borussia Dortmund star Jadon Sancho.

United’s acquisition of Sanchez will go down as one of the worst pieces of business in club history, with the Chilean scoring only five times and producing nine assists in 45 matches for the Premier League giants.

Sanchez has always had an extraordinary relationship with Lukaku, going back to their days at Old Trafford together.

The pair speak perfectly in Italian together on the pitch, just like in England, and their relationship and partnership up top is definitely helping Inter’s cause. The two strikers bring a wealth of wisdom to the Inter squad, they are the most experienced players together at the club alongside Diego Godin and Christian Eriksen.

Sanchez is proving to be the best possible partner at present for the Belgian giant, who has also changed his way of playing to be more compatible with Lautaro Martinez.

Unlike Lukaku’s Argentine strike partner, Sanchez has greater tactical intelligence and it is working wonders for their partnership up top.

The two players are close friends and have regularly been seen having dinners and going on trips together in Milan. Sanchez’s tight bond with Lukaku has certainly played an instrumental role in the former reviving his fortunes in Italy. 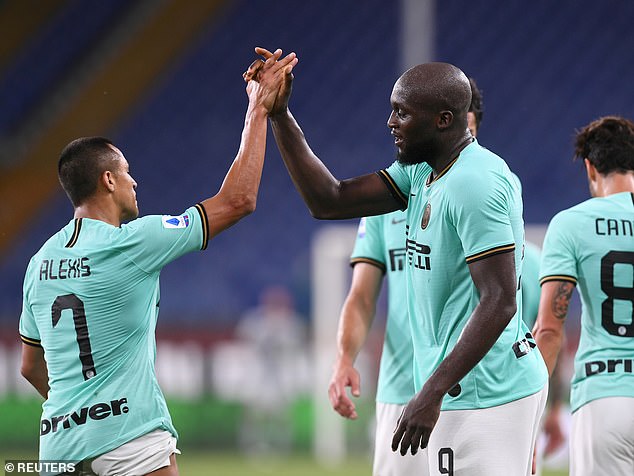 Sanchez and Romelu Lukaku have a great friendship, and it’s paying off on the pitch for Inter

Manchester United threaten to PULL OUT of Jadon Sancho deal