Chris Smalling has revealed he is ‘gutted’ that his loan move to Roma from Manchester United has not been made permanent.

Following a successful stint in Serie A, the Italian side were hopeful of keeping the defender on a long term basis.

However they were unable to reach an agreement over a fee with United who were demanding over £18million for the former England international.

Roma now take on Sevilla in the Europa League on Thursday in the last-16 without the defender who took to Twitter to thank the club and their supporters for his time at the Stadio Olimpico.

He said: ‘I’m gutted that I can’t finish what we started this season. To experience the love shown to me in such a short time was extra special and it will not be forgotten.

‘I want to thank and wish all the players and staff the best of luck against Sevilla. DAJE ROMA!’ 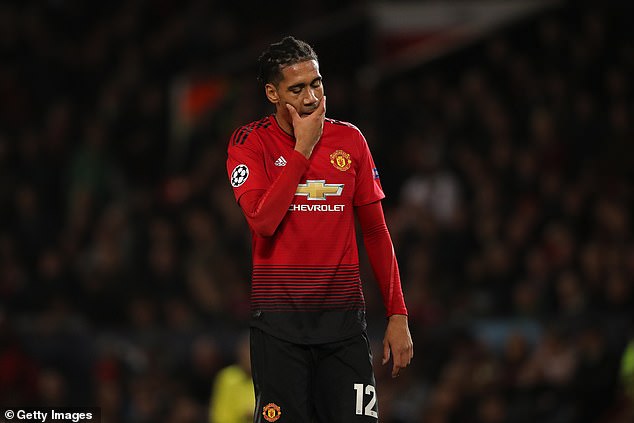 Smalling is surplus to requirements at United, and is expected to move on this summer

Smalling has impressed at Roma where he has featured 37 times in all competitions, netting three goals.

The 30-year-old will now return to Old Trafford where he has two years remaining on his contract, but he is unlikely to feature in Ole Gunnar Solskjaer’s plans who will remain keen on moving him on this summer.

Looking ahead to next season, the Italian outfit could now attempt to lure Jan Vertonghen to the club following his release form Tottenham Hotspur after eight years at White Hart Lane.

Jadon Sancho and Manchester United ‘agree terms on a five-year contract worth £340,000 per week’