Brentford complete signing of Leeds United defender Pontus Jansson in shock £5.5m move after he fell out of favour with manager Marcelo Bielsa

Brentford have announced the signing of Sweden defender Pontus Jansson from Leeds for a fee of around £5.5million.

Jansson, 28, made 120 appearances for Leeds after joining them from Italian side Torino, initially on loan, in the summer of 2016.

‘Brentford have completed the signing of Pontus Jansson from Sky Bet Championship rivals Leeds United for an undisclosed fee,’ Brentford said on their official website.

‘There is also a club option of an extra year to keep Pontus with he Bees until June 2023.’

Sportsmail understands Brentford have paid around £5.5m with add-ons for the Sweden international.

Jansson was a hugely popular figure among Leeds fans and earned himself cult-hero status during his three years at Elland Road.

News of his pending departure was met with initial dismay by supporters before it was reported the centre-half had fallen out of favour with Leeds boss Marcelo Bielsa.

Jansson refused to adhere to Bielsa’s instructions to let Aston Villa walk in an uncontested goal during a Sky Bet Championship fixture in April, which Albert Adomah scored to secure his side a 1-1 draw. 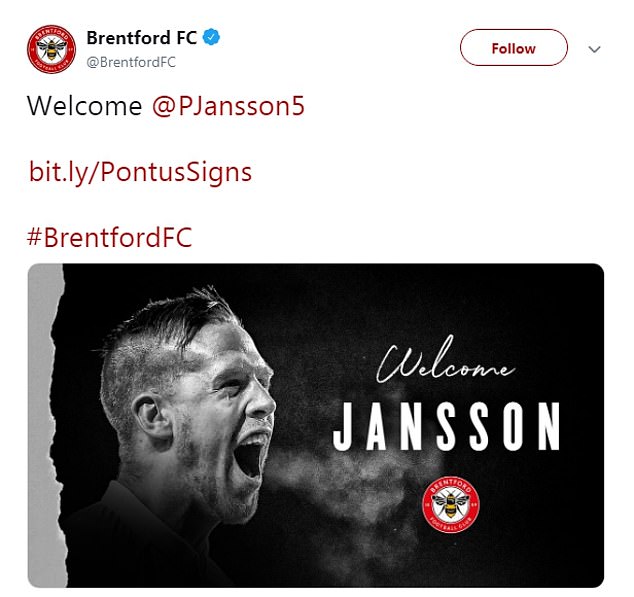 The Swede’s larger-than-life character and full-blooded displays made him a firm fans’ favourite, but Bielsa is understood have questioned the player’s team ethic.

Leeds confirmed Jansson’s departure in a brief statement on their official website.

Jansson, who has made 22 senior appearances for his country, began his career with Swedish side Malmo and spent two years in Italy with Torino before joining Leeds.

Brentford head coach Thomas Frank said: ‘Pontus is a top defender who brings immense professionalism, a great attitude, experience, defensive robustness, leadership qualities, and threat from set-pieces to our side. 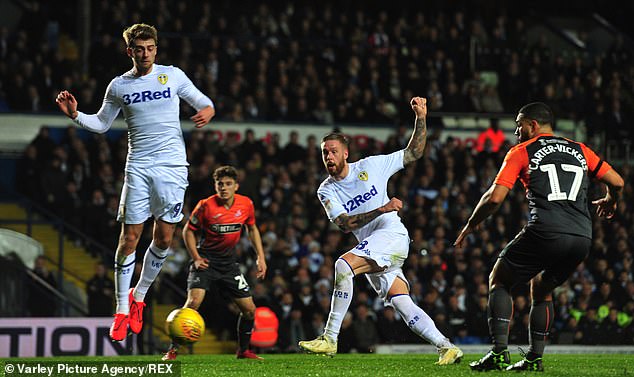 Jansson, 28, made 120 appearances for Leeds after joining them from Torino back in 2016

‘Everyone knows about the Brentford model but to develop the young players we have here, we also need experience and quality in the squad to get the perfect balance.

‘To have someone with his CV turn down other offers to join us shows where we stand as a club now.’

Brentford finished 10 points adrift of the top six in the Championship last season, while Leeds were beaten in the play-off semi-finals by Derby.

Liverpool among clubs offering to pay for opponent’s...