By Mark Wilson For The Scottish Top Soccer Star Republishing

Nicky Law could become the next player through the exit door at Rangers after emerging as a potential target for Huddersfield Town.

Star performer Lewis Macleod was edging closer to a £1million move to Brentford on Tuesday night after undergoing a medical at the Championship outfit.

And now fellow midfielder Law is attracting attention as another English second-tier side considers raiding Ibrox.

It’s thought the interest from Huddersfield remains in its early stages but a reasonable offer may prove hard for Rangers to resist given their perilous financial position.

The latest transfer developments came as the club’s board appeared ready to enter into negotiations with the trio of wealthy fans who made a £6.5m investment proposal last week.

Douglas Park, George Letham and George Taylor offered to buy up all the new shares issued, but the result of an AGM vote means existing shareholders must instead be given first refusal.

Despite that outcome, they remain intent on acquiring a significant stake and have already given proof of their funding to under-fire Rangers PLC chairman David Somers.

The businessmen have now received a reply from Ibrox directors thought to include a variety of investment options, including via a share issue or secured loan.

It’s understood boardroom representation could also be on the table after the group’s initial proposal sought two director’s seats.

A spokesman for the consortium said: ‘Representatives of the company have made contact with our group following our original proposal and we are considering our response.’ 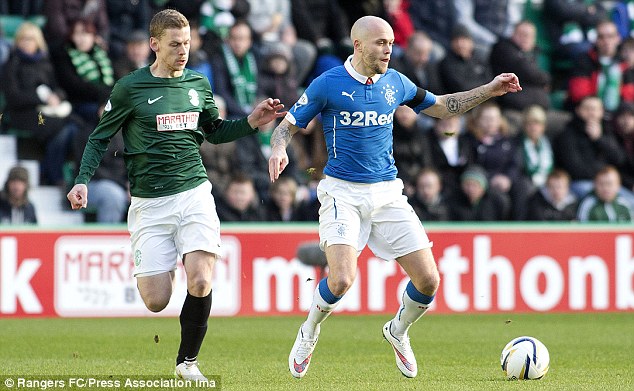 Law (right) has emerged as a target for Huddersfield Town

A statement released on behalf of Sandy Easdale confirmed the chairman of the Rangers football board would be willing to speak to the group.

‘Sandy would welcome investment from Douglas Park and his friends,’ said Easdale’s adviser, Jack Irvine. ‘As regards board seats that is not his decision.’

Numerous hurdles will have to be overcome to reach an agreement and there remains caution about a positive outcome eventually being delivered.

But the development did offer some hope to a beleaguered Ibrox support left dismayed by Macleod’s imminent departure.

Brentford, who have former Rangers skipper David Weir as assistant manager, shot to the front of the queue for the talented 20-year-old over the weekend. 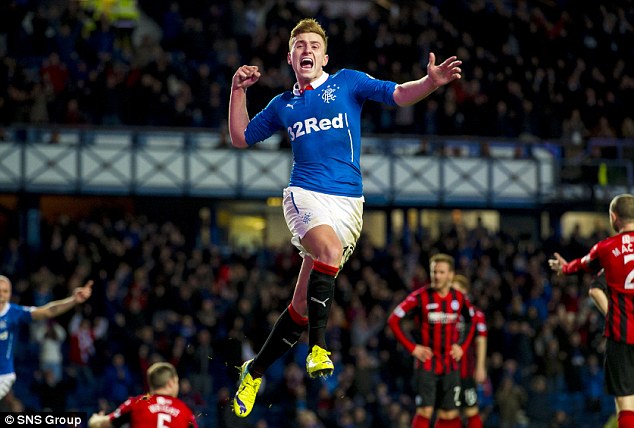 Talks over personal terms accompanied Tuesday’s medical and, barring any late hitches or competition emerging, the Championship outfit hope to register him once the January transfer window opens.

Macleod has been a shining light in a dismal season for Rangers and the club’s willingness to accept the money on offer further underlines the extent of the turmoil they are facing.

Doubt persists over the ability to meet next month’s wage bill, while the most recent accounts admitted an £8m funding shortfall was faced in 2015.

The SFA – aware of the alternative on offer – last week rejected a request from the club to allow Newcastle owner Mike Ashley to up his stake to 29.9 per cent.

Park, Letham and Taylor believe they have the answer to the funding crisis, but it remains to be seen whether any deal can be reached with those currently in power at Ibrox.

Offshore gambling companies should be forced to have UK bases, report says