Brentford’s defenders made light of their striker crisis to inspire a surprise victory over promotion-chasing Sheffield Wednesday.

Centre-backs John Egan and Harlee Dean both scored with first-half headers at Hillsborough to stop a Wednesday team seeking a fifth straight league win – a feat they last achieved 10 years ago – in their tracks.

Dean Smith’s Bees travelled north without a recognised forward after Lasse Vibe was injured in training on Monday. 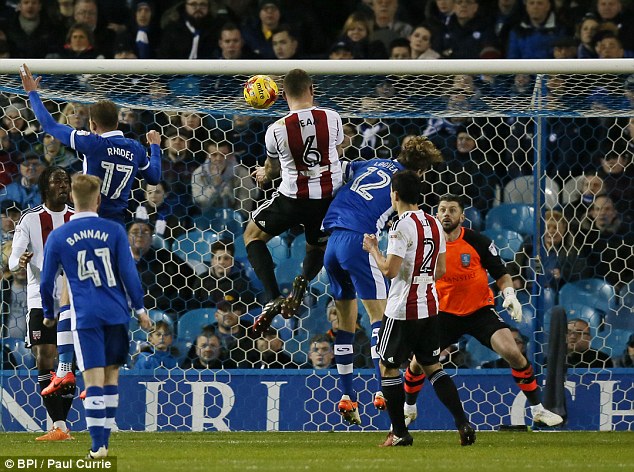 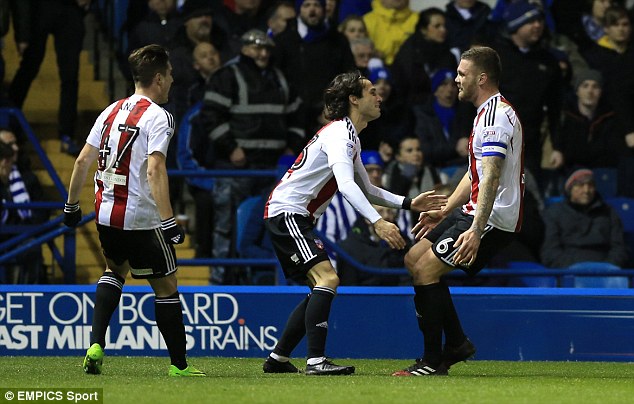 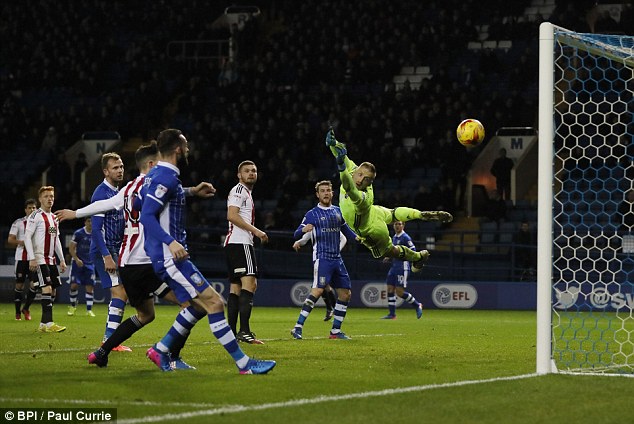 Having sold top scorer Scott Hogan to Aston Villa three weeks ago, and with their only other recognised front man Philipp Hoffman missing with a back complaint, it forced Romaine Sawyers, a midfielder with one goal in 29 previous Championship appearances this season, to feature as a makeshift centre-forward.

To further inhibit them, playmaker Josh McEachran was stretchered off on the stroke of half-time.

However, they were good value for their two-goal advantage by that stage, their attacking fluidity a feature of the match’s opening quarter hour with debutant left-back Rico Henry, Sawyers’ former Walsall team-mate, prominent in their advances.

Teenager Henry, named in the League One team of the year last season, was making a belated bow, having signed for Brentford in a £1.5million deal last August. He spent the next five months sidelined with a shoulder injury.

The lack of end product to their initial attacks was undoubtedly due to the absence of a focal point and it was Sawyers who got on the end of what they did create.

After sneaking in behind the Wednesday defence in the 20th minute, he could not hit the target from a diminishing angle.

Then, when McEachran instigated a swift counter-attack by stealing possession and surging from his own half, a neat exchange of passes on the fringe of the area resulted in Sawyers being teed up for a shot at goal, only for his effort to be scooped up by Keiren Westwood. 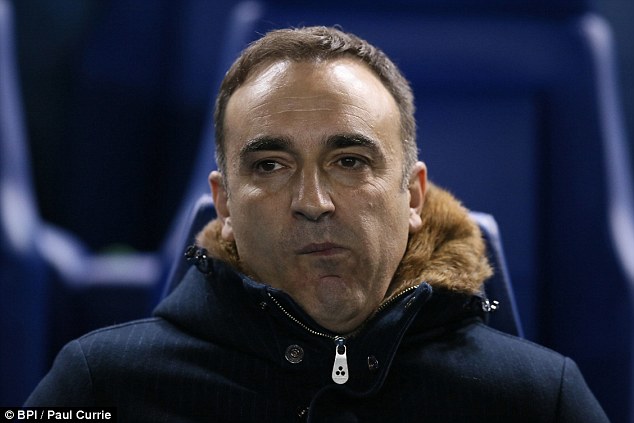 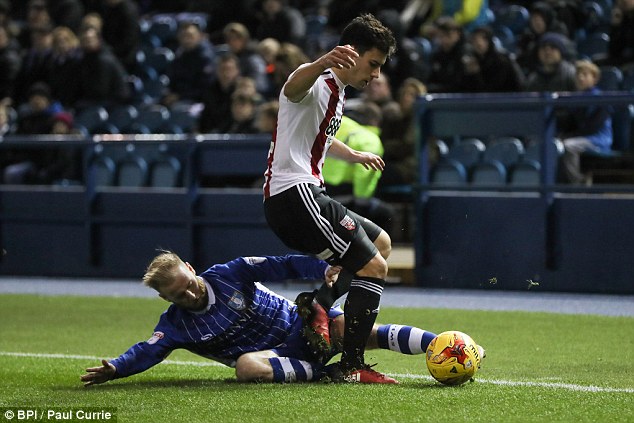 Brentford went ahead when Nico Yennaris was adjudged to have been impeded by Almen Abdi midway into home territory: Ryan Woods floated in the free-kick and Egan looped it over Keiren Westwood.

That opener 10 minutes before the interval was swiftly followed by a second created by Spaniards Sergi Canos and Jota.

Canos surged through opposing pairs of boots down the left and squared to Jota, whose effort forced Westwood into a parry and the ball was eventually scrambled away for a corner.

Jota delivered it and Dean rose unopposed to silence the Yorkshire club’s Kop.

Wednesday’s forward pairing of Jordan Rhodes and Fernando Forestieri fed on scraps at the other end. 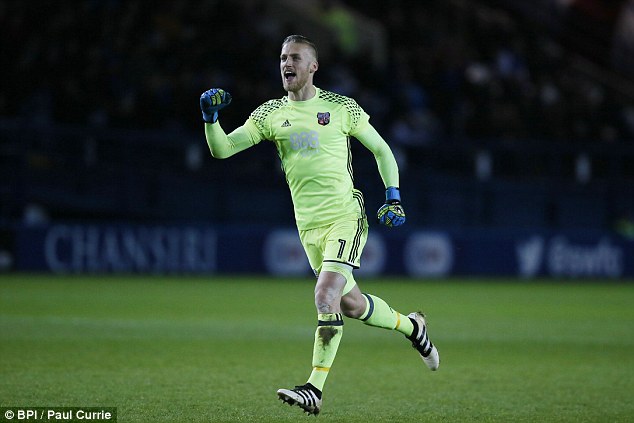 It was not until midway through the opening period that Abdi had the home side’s first attempt – a 25-yard volley, following a cleared corner, safely pouched by Brentford goalkeeper Daniel Bentley.

Rhodes, the loan signing from Middlesbrough drafted in to boost their promotion bid, got his feet in a tangle with one near-post chance and glanced a header onto the top of the crossbar from another.

But the visitors’ defence remained unbreached, despite howls from a 25,000 crowd for a 32nd-minute penalty when Forestieri went down in a physical mismatch with Dean. 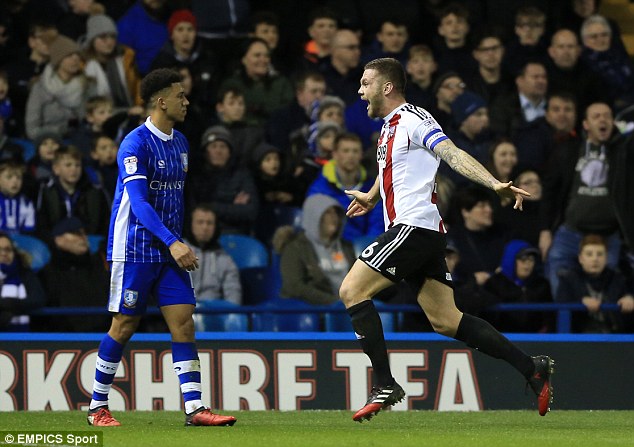 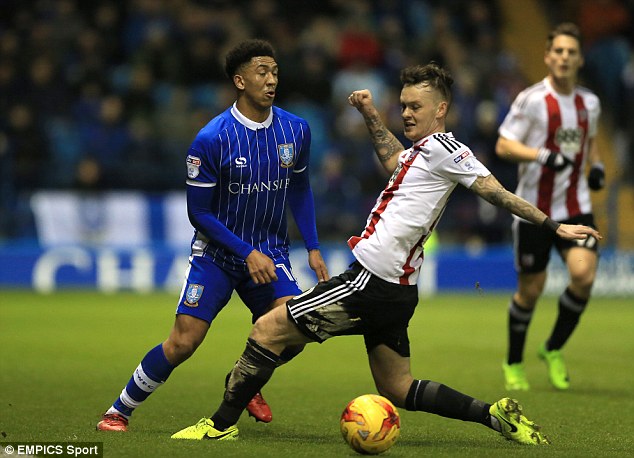 The decision by referee Darren Bond not to award a penalty was cited by Carvalhal after the game as the reason his side sucumbed to defeat.

‘The referee in the first half was a disaster,’ said the Wednesday manager. ‘He didn’t see a clear penalty.’

Carvalhal re-shaped after the break with another recent attacking acquisition Sam Winnall thrown on from the re-start, and Steven Fletcher introduced for a frantic finale.

It was only during the last dozen minutes that Wednesday truly threatened.

However, in Bentley they found a goalkeeper in inspired form: three times he flung himself to divert shots, including the clawing of a Forestieri free-kick out of the top corner.

A minute from time, he was beaten twice in a matter of two seconds but substitute Tom Field nodded a Rhodes header off the line before Fletcher headed the rebound against the post.

The outstanding Brentford number one could do nothing about Fernando Forestieri’s 20-yard injury-time consolation curler, although it proved too little too late.

Brentford manager Dean Smith said: ‘We knew it was going to be a tough game but we deserved to win.’ 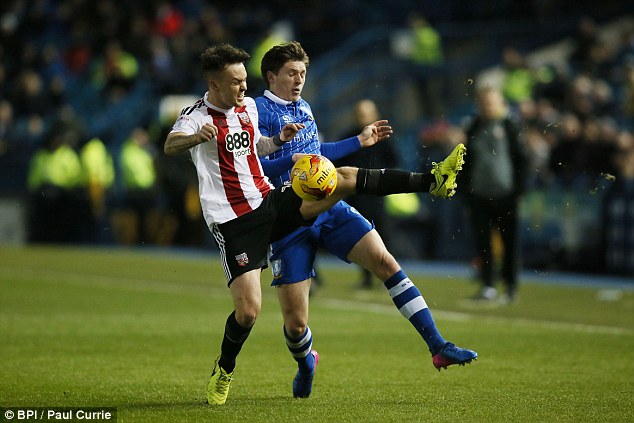