By Matt Hughes For The Top Soccer Star Republishing

Premier League clubs are demanding that the Championship introduce a wage cap before they agree to provide financial support for the EFL.

Sportsmail revealed last month that talks among the 24 Championship clubs over new wage limits had been put on hold until later this year after their failure to agree to the proposed annual cap of £18million, but it may be forced back on to their agenda.

Top flight clubs want any rescue package to be contingent on gaining support for the PL’s strategic objectives, particularly on issues such as post-Brexit immigration policy and the future calendar. Their demands also extend to having some control over smaller clubs’ spending.

West Brom, Swansea and Stoke all had wage bills of around £70m in the Championship last season and PL clubs are reluctant to provide a bailout that would immediately go on subsidising lavish wages for players.

The EFL are seeking a rescue package of around £200m to make up for projected losses in the absence of gate receipts this season, but have yet to receive any PL reassurances despite Government demands.

Last week the PL rejected the EFL’s request that it should get back Fulham’s £35m parachute payment for this season, which was returned to the top flight following the club’s promotion. Other options include a bank loan to distribute to struggling clubs.

Macclesfield were liquidated this week with £500,000 in unpaid debts, while Southend have been given six weeks to avoid the same fate by settling a tax bill of £490,000. 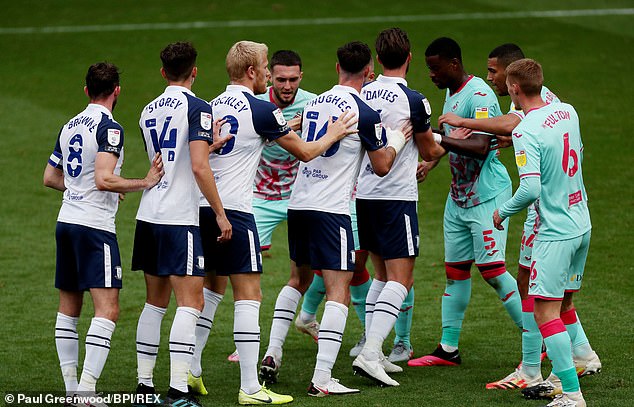 PL clubs are split over whether they should help the EFL, but forcing the introduction of salary caps in the Championship would suit their own interests. As well as making it more difficult for promoted clubs to survive in the PL — making the top flight even more of a closed shop — lower wages in the second tier would make it easier for clubs in the higher division to poach the best players.

The EFL support salary caps in the belief that they will promote greater sustainability and limits of £2.5m and £1.5m have been introduced in League One and League Two respectively, but the Championship clubs cannot yet reach an agreement.

The PL on Thursday agreed a new broadcast deal for China with internet giant Tencent, going some way to replacing the £564m, three-year contract with Suning that was cancelled this month.

But the new deal is only for one season, so clubs have yet to recoup initial losses of £300m.