By Daniel Matthews For The Mail On Sunday

The paint has barely dried on Brentford’s new home but already Thomas Frank wants to pull up the drawbridge and give visitors hell to pay.

As christenings go, this will do nicely: a first Championship win, a first step on the long push for promotion and a first chance for new heroes to emerge.

Even without ‘two wheels on their BMW’, Brentford swept Huddersfield aside with second-half goals from Josh Dasilva, Marcus Forss and Bryan Mbeumo. 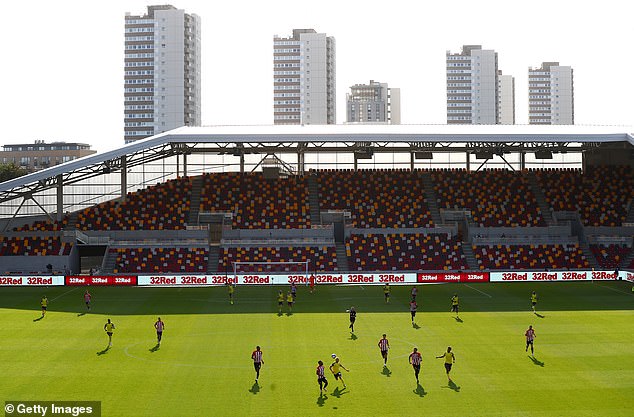 There were teething problems and several missed chances but given many teams’ struggles on pastures new, this was a fine marker. It’s just a shame only empty seats were here to see it.

‘I’m very pleased because we need to make it a fortress,’ Frank said.

‘I actually thought about something like this when I was doing my morning run in Richmond Park.’

The result means Huddersfield’s own new era under Carlos Corberan has begun with three defeats. So much for Marcelo Bielsa’s disciple bringing stardust across Yorkshire. 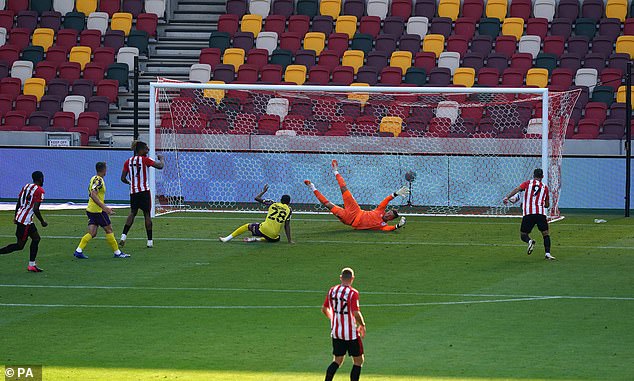 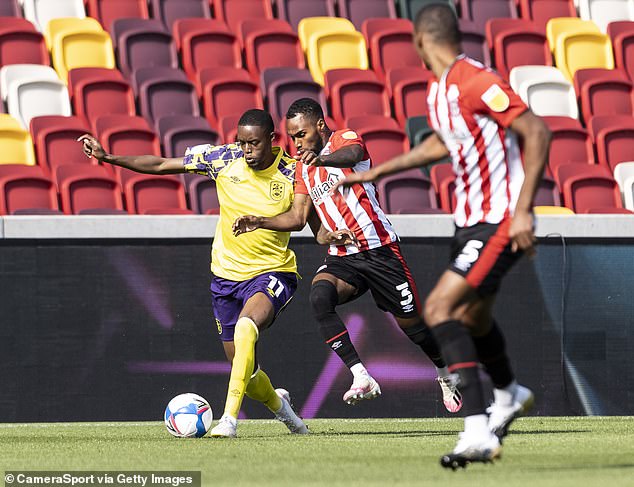 Yet cutting edge eluded Brentford for nearly an hour too, as the shadows of Ollie Watkins and Said Benrahma loomed large. Then left back Rico Henry embarked on a surging run before feeding Dasilva, who netted the historic opener from 18 yards.

Huddersfield threatened an equaliser when Juninho Bacuna’s header struck a post before Brentford added cherry to cake late on.

‘(The opener) unbalanced the game for us,’ Corberan said. ‘We couldn’t keep the intensity and mentality we needed.’

Celtic 3-2 Livingston: Albian Ajeti amongst scorers as Neil Lennon’s side go top of the league