‘I’m not worried. I’m young, I’m healthy’: Charlie Adam shocks fans by revealing he is RELAXED about playing football with players who have not been tested for COVID-19 and the Dundee midfielder insists ‘if I pick the virus up… I’ll deal with it’

Charlie Adam stunned users on social media on Tuesday by insisting he is not concerned about playing football alongside players who have not been tested for coronavirus.

The Dundee midfielder, formerly of Liverpool, Stoke and Blackpool, added that he is completely relaxed about the prospect of contracting COVID-19, boldly stating: ‘I’m not worried. I’m young, I’m healthy.’

Charlie Adam says he is not concerned about picking up the virus, insisting he will ‘deal with it’ 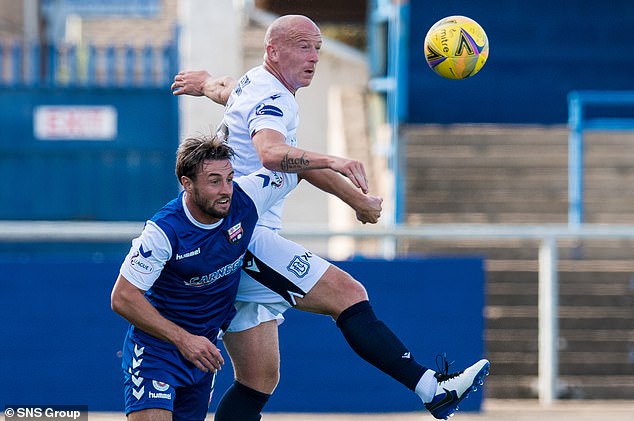 ‘Everybody knew the R rate was going to go higher because everybody kept coming out the house,’ Adam, who plays for Dundee in the second-tier of Scottish football, began.

‘There’s got to be a point where we’ve got to move on and… I understand it’s getting higher. It will get higher because there’s so many people out now.

‘But if we’re going to shut down football, let’s just shut down pubs, restaurants – everything again and the economy will go bust.’

Scottish Premiership teams are in a testing bubble with two checks each week, but this does not apply to the Scottish Championship, League One or League Two.

However, when questioned about whether he feels comfortable playing amongst players not regularly tested, Adam was unequivocal. 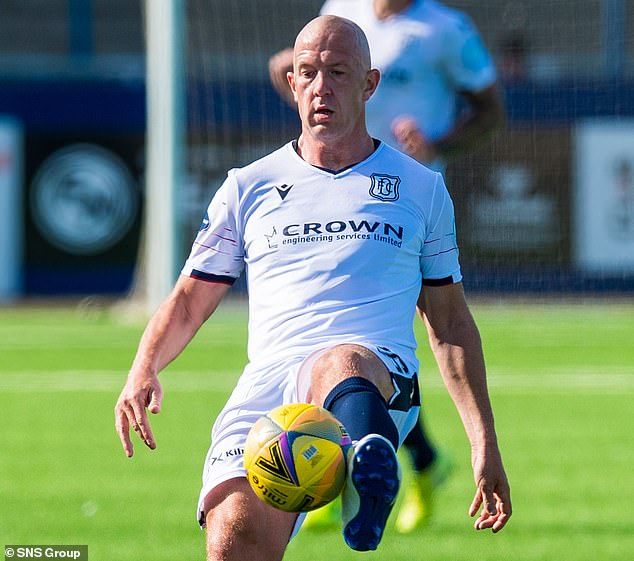 ‘Covid does not come into my mind. It’s all about playing football. Because that’s my job, that’s the excitement, that’s the buzz I get from it.

‘I’ll have to isolate and things like that… but I’m not worried. I’m young, I’m healthy, that’s how I feel. Everybody might be different…’

Adam’s remarks were slammed by some users on social media, with one saying: ‘Yes but you could pass it onto your elderly relatives. This is the attitude that has seen the 2nd wave arrive.’

Another similarly said: ‘Can’t believe how SELFISH and ignorant Charlie Adam is.

‘There is no guarantee he would be ok if he gets Covid 19. What about his friends and relatives that he sees. There’s no way he could know if he’s passing or on. Absolute disgrace.’

One more user also lambasted Adam for his comments: ‘It is a ridiculous statement! Charlie may be fine but for 14 days unaware he was carrying the virus. Passing it on to others who won’t cope as “well” as he will.’

Carabao Cup: Here are ten PL youngsters who could shine in the third round this week