It was business as usual for Real Madrid and Sergio Ramos as the reigning Champions beat Betis 3-2 .

The captain dinked the winner from the penalty spot – his 24th straight spot-kick success – and the three points came after two tight VAR calls went the visitor’s way.

Karim Benzema thought he had put Real Madrid ahead after just two minutes when he converted Ferland Mendy’s cross. The joy was short-lived because the Frenchman was offside. 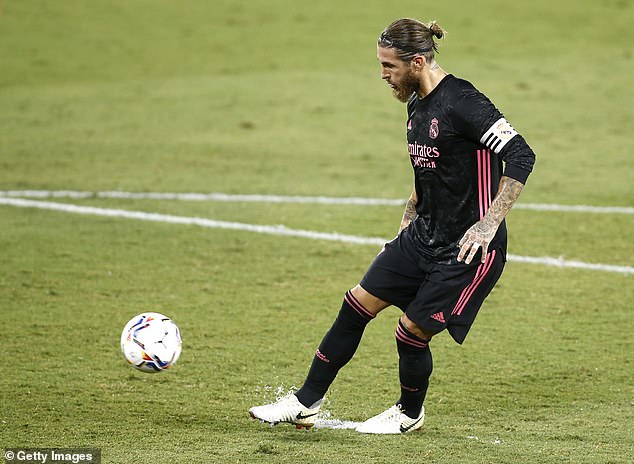 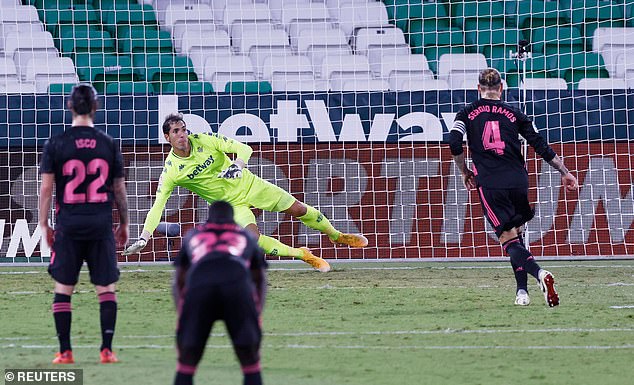 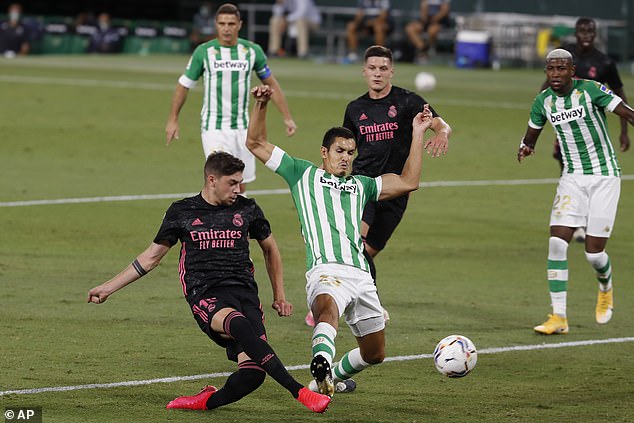 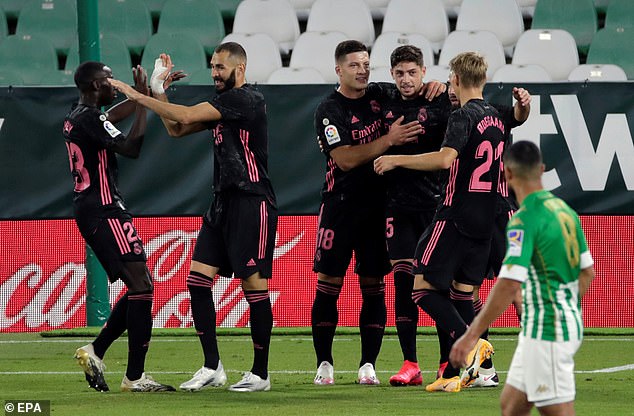 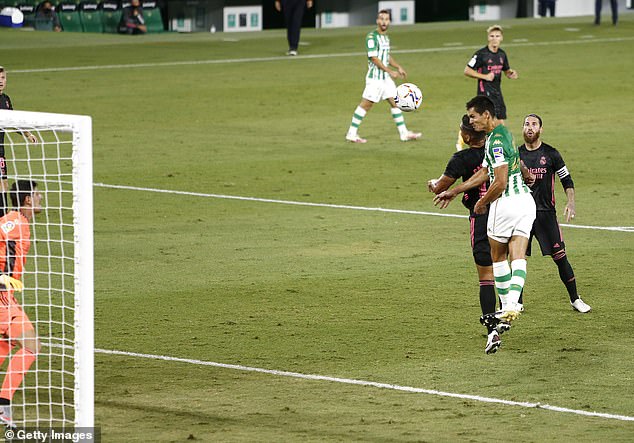 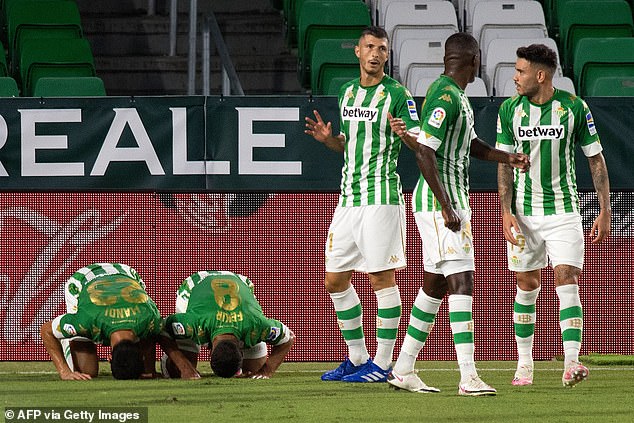 Antonio Sanabria then connected with a Sergio Canales cross and drew an incredible stop from Thibaut Courtois. The keeper had to adjust his feet and change direction to bat away the Paraguay forward’s downward header.

A goal was going to come at one end sooner or later and on minute 13 Fede Valverde put Madrid 1-0 up. Benzema tied Alex Moreno in knots and crossed from the right for Fede Valverde to score.

Segio Ramos then nearly doubled the lead but Marc Bartra got enough of his heel to the ball to divert it wide but not enough for the referee to spot the block and give a corner.

Betis did not shrink back into their shell and they deserved the equalizer that came ten minutes before the break. Again Canales provided the cross, this time from the left and Mandi climbed above Casemiro to head past Courtois.

Three minutes later and Betis had turned the game on its head. Toni Kroos gave the ball away and when Canales played it out to Fekir, he found William Carvalho who had ghosted ahead of Martin Odegaard. It was loose from Madrid and Courtois then allowed the midfielder’s shot to beat him at his near post.

There was still time in a helter-skelter first half for Joel Robles to save from Benzema and for Kroos to be taken off for Modric. Was it for giving the ball away ahead of the goal? The doubts dispersed when Kroos clutched the top of his hamstring.

Real Madrid were back on terms two minutes into the second half. Moreno gave Dani Carvajal too much space and Emerson turned the cross past his own goalkeeper. 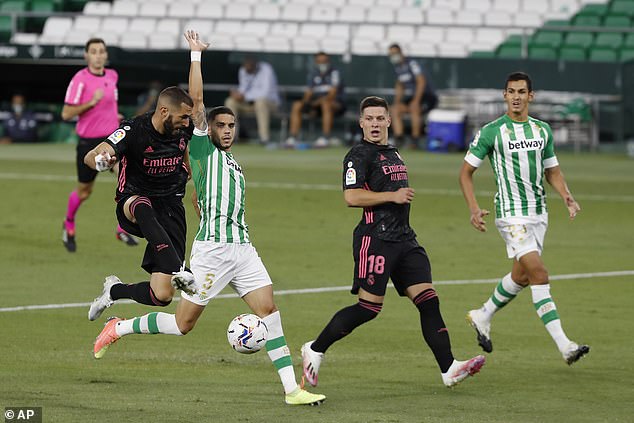 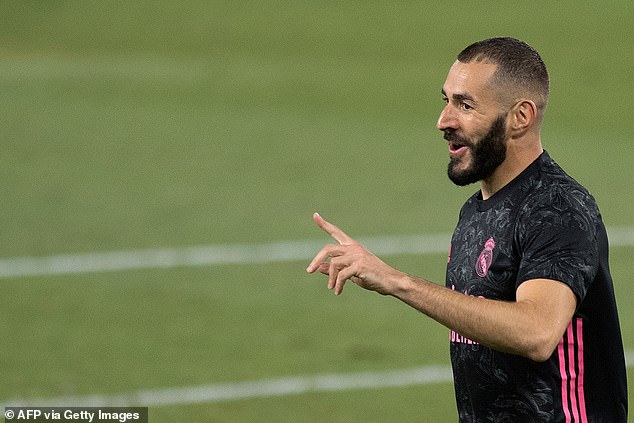 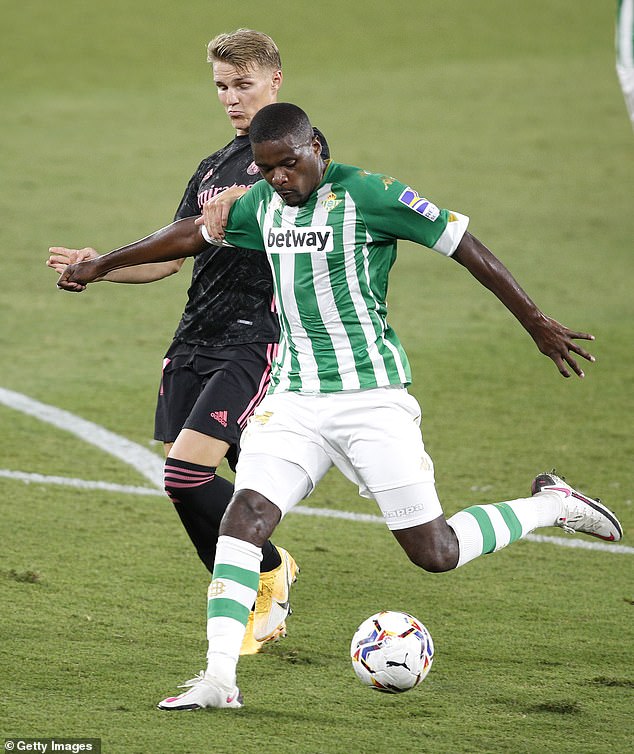 Benzema’s rocket shot then came down off the crossbar and over the line but he was offside when he pulled the trigger and it stayed at 2-2.

Benzema was on form and soon he did provoke ‘advantage Madrid’ when his perfect pass sent Jovic through.

He had yards to cover and Emerson to shake off but the Brazilian full-back nudged him and when he went down, VAR advised referee Ricardo de Burgos Bengoetxea to take a second look and, somewhat harshly he decided it was a straight red card offence.

Down to ten men Betis might now would have been expected to just hang on but Carvalho curled a shot that Courtois need to stretch to push out. His two saves had been vital in the win. 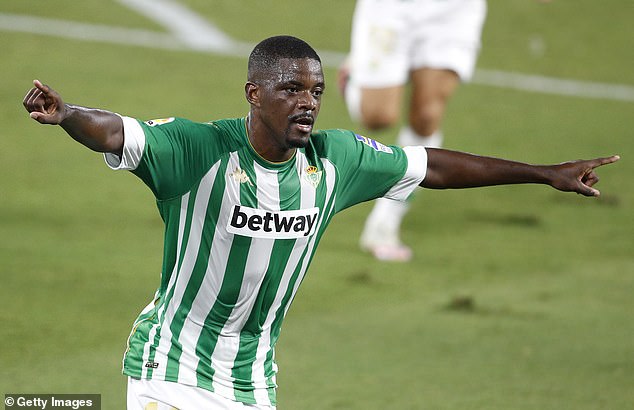 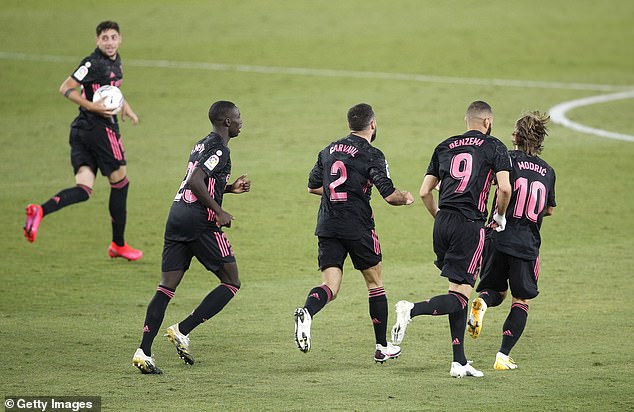 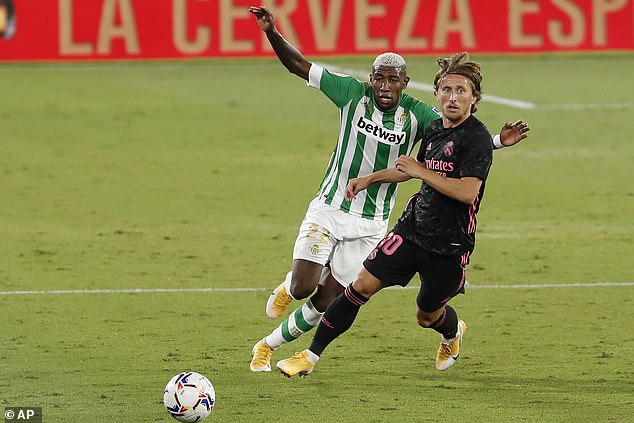 At the other end Jovic’s luck is still out because despite forcing that red he had struggled throughout and was taken off to be replaced Borja Mayoral. The sub was involved in the winner.

It came from Ramos who scored it with a Panenka from the spot. Again VAR intervened and again it intervened in Madrid’s favour.

Marc Bartra was adjudged to have used his arms to clear the ball. Betis will argue he was falling as the ball struck the top of his arm and he was falling under pressure from Mayoral.

The VAR interventions made for eight minutes of added time but Betis had nothing left in the tank and were left with complaints and a feeling of injustice. Madrid, as so often last season, were left with the points.