‘We’re always trying to make it difficult for the manager to make a decision’: Arsenal starlet Joe Willock vows young Gunners will give Mikel Arteta a selection headache after cruising past Leicester in Carabao Cup win

Arsenal midfielder Joe Willock insists the young players in Mikel Arteta’s squad will continue to snap at the heels of the established stars after Wednesday’s third-round Carabao Cup victory at Leicester.

The Gunners made seven changes for the trip to the King Power Stadium, where a Christian Fuchs own goal and a late tap-in for Eddie Nketiah secured a 2-0 win for the visitors.

Willock and Nketiah were joined in the starting line-up by Bukayo Saka, Reiss Nelson and Ainsley Maitland-Niles, as Arteta continues to give chances to the young players at his disposal. 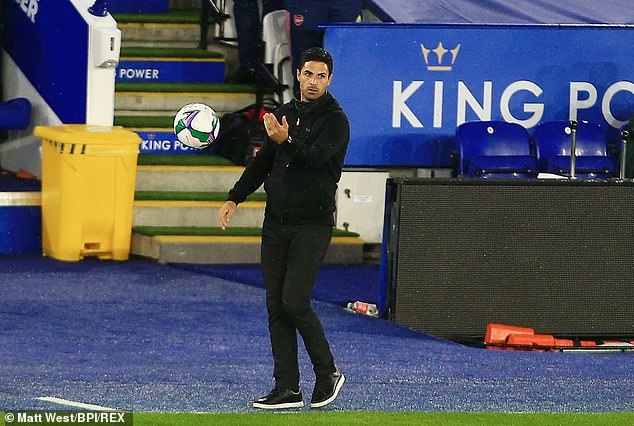 Of that quintet, Saka and new England international Maitland-Niles are the only ones to start a Premier League game so far this season.

But, with fixtures coming thick and fast, Willock believes the core of young players can provide the right level of competition to keep things fresh.

‘That is our job as players, as youngsters,’ said Willock, who made the bench in Arsenal’s first Premier League game this season, the 3-0 win away to Fulham.

‘We’re always trying to make it difficult for the manager to make a decision who plays on the weekend.

‘So that is what we’re trying to do, we’re all trying to push each other to be better and play as good as we can.’

Willock, 21, was born in Waltham Forest in east London and is a product of the Arsenal youth system. He is strong, just over six feet tall, and he ‘can play as a traditional No 8 in the middle of the park, or in a more advanced role. 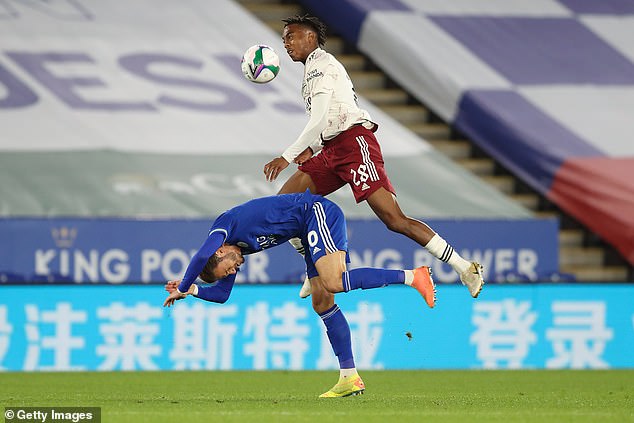 While he is yet to feature in the top tier this season, he made an impressive 29 Premier League appearances in 2019-20, albeit that included only eight starts.

And although time on the pitch may have been limited, he has made an impact, particularly in his defensive duties, making 25 tackles with a success rate of 64 per cent, which is better than Arsenal’s first-choice midfielders.

The Arsenal midfield is a highly competitive department, but if Lucas Torreira is heading for the exit and Mesut Ozil remains out of favour opportunities may well develop for the youngster.

Granit Xhaka, Dani Cellabos, Saka, Mohamed Elneny and Maitland-Niles have all started ahead of Willock in the two Premier League wins this season. Matteo Guendouzi is yet to make the bench.

However, Arteta does see value in Willock. 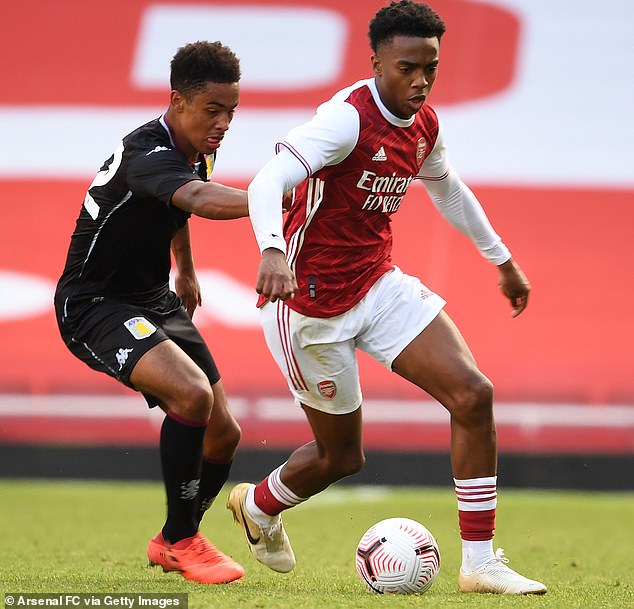 After initially admitting there was some skepticism at Arsenal over the appointment of Arteta last season, Willock now praises the manager’s hands-on approach and the clear way in which he wants his team to play.

‘There are things that we have to do and there is nothing we can’t ask; we can always ask him to help us.

‘That is what I did before the game – slotting into midfield I asked him for a few pointers and I thought I did well.’