Top Football News
Arsenal target Houssem Aouar insists he’s ‘very glad’ he stayed at Lyon...
Liverpool ‘can sign Ajax starlet Perr Schurrs for £27m in January’
Chelsea ‘believe they are in pole position to land David Alaba on...
Neymar warns PSG they have to improve and play more as a...
Lennon set to take charge in Milan with Celtic powerbroker Desmond resisting...
Ten years after the Venky’s took over at Blackburn – the Rao...
Eighth division side Marine to take on Premier League leaders Tottenham in...
Javi Martinez would ‘like to try something new’ with his Bayern Munich...
Former Celtic boss Gordon Strachan is now FAVOURITE ahead of Eddie Howe...
Inter Milan target six-month loan move for Chelsea striker Olivier Giroud
Home EFL Cup After promising a wide-ranging review, what next for Project Big Picture?
EFL Cup

After promising a wide-ranging review, what next for Project Big Picture?

All 20 Premier League clubs rejected proposals put to them by Liverpool and Manchester United during an emergency meeting on Wednesday to radically re-alter the English game.

Project Big Picture may be dead, but the clubs instead agreed to a widespread strategy review and also gave the green light to a new bailout offer to the EFL after their opening attempt was rejected.

Liverpool and Manchester United, as well as EFL chairman Rick Parry, wanted a radical restructure of English football that would have led to increased funding for the EFL, a reduction of top-flight clubs from 20 to 18 and scrapping the Carabao Cup among other things.

But the proposal also outlined how the Premier League’s ‘Big Six’ would acquire more power in decision-making and that caused anger within the top flight and other levels of the football pyramid.

During a two-hour meeting on Wednesday, the proposals were quickly thrown out.

The new EFL bailout offer, worth £77million in total, will include an option for the funding only to go to the League One and League Two clubs but Championship teams can veto that.

The EFL have been seeking a bailout from the Premier League to help them cope with the Covid-19 crisis since May, when a rescue package was made mandatory if the Government was to support Project Restart.

Despite rejecting the proposal, the clubs agreed that they ‘will work collaboratively, in an open and transparent process, focusing on competition structure, calendar, governance and financial sustainability’.

Sportsmail take a look at what that all means and what is to come next – what changes could we see and when could they be introduced? 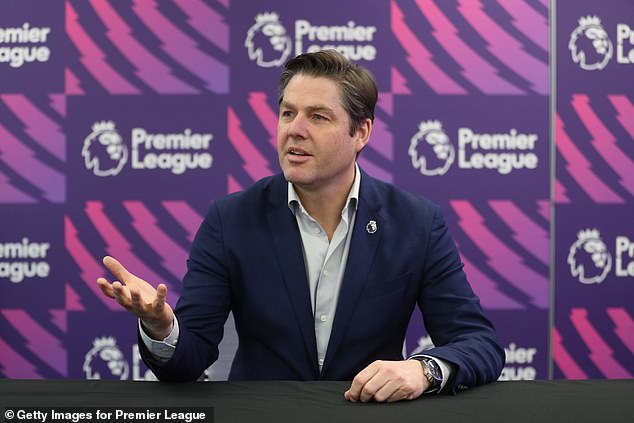 One of the driving forces behind Project Big Picture was said to be the anticipated expansion of the Champions League.

All 20 Premier League clubs today unanimously agreed that ‘Project Big Picture’ will not be endorsed or pursued by the Premier League, or The FA.

Further, Premier League Shareholders agreed to work together as a 20-club collective on a strategic plan for the future structures and financing of English football, consulting with all stakeholders to ensure a vibrant, competitive and sustainable football pyramid.

Clubs will work collaboratively, in an open and transparent process, focusing on competition structure, calendar, governance and financial sustainability.

This project has the full support of The FA and will include engagement with all relevant stakeholders including fans, Government and, of course, the EFL.

Also at today’s meeting it was agreed to make available a rescue package which aims to ensure that League One and League Two clubs will not go out of business as a result of the financial impact of COVID-19 and be able to complete the 2020/21 season.

League One and League Two clubs rely more heavily on matchday revenue and have fewer resources at their disposal than Championship or Premier League clubs and are therefore more at risk, especially at a time when fans are excluded from attending matches.

This offer will consist of grants and interest-free loans totalling a further £50million on top of the £27.2million solidarity payments already advanced to League One and League Two this year, making a total of £77.2million.

Football is not the same without attending fans and the football economy is unsustainable without them. The Premier League and all our clubs remain committed to the safe return of fans as soon as possible.

Plans have been afoot to revamp the Champions League from 2024, including changing the format of the group stage from eight groups of four to four groups of eight.

While the success of the single-leg knockout mini-tournament in Lisbon in August saw Uefa president Aleksander Ceferin reveal it could be retained in future, that appears unlikely.

Such a move would almost certainly require more fixtures to be added earlier in the competition to maximise broadcast revenue – clearing the way for bigger, more drawn-out group stages.

A cut in the size of the Premier League and the scrapping of the League Cup would leave clubs free to play more games in Europe.

‘The Premier League has been a 20-team competition since 1995 and it’s a big decision to change that, but it will be part of the review,’ said chief executive Richard Masters.

But Premier League clubs voting to reduce their number from 20 to 18 appears extremely remote, even if it remains a discussion point.

FA chairman Greg Clarke said he walked away from discussions after a breakaway league was mooted as a threat. Project Big Picture may be dead but it appears unlikely Liverpool and Manchester United will stop now the genie has been let out of the bottle. A breakaway, similar to the formation of the Premier League itself 28 years ago, remains a possibility.

Control of the footballing calendar remains a key concern for Premier League clubs.

When the EFL rejected their £150m rescue package, the loan was contingent on the lower divisions giving top-flight clubs control of the calendar, among other things.

As Sportsmail revealed this week, the Premier League are demanding assurances over reform of the calendar and they are still expecting that the League Cup will be scrapped to create room for an expanded Champions League.

An EFL club source told Sportsmail, ‘There’s no way we can accept those conditions. We’d be giving the Premier League complete control of the calendar, our competitions and spending, in return for a loan most clubs cannot afford to repay anyway.’

Lower divisions giving top-flight clubs control of the calendar appears fanciful. The EFL Cup is often seen as a hindrance for top-flight clubs, who view the extra games as an opportunity to play heavily-rotated sides and blood youngsters.

But it is a lifeblood for lower-league clubs, who desperately crave the cash injection of glamour ties.

FA Cup replays have been scrapped this season to ‘ease pressure’ on a heavily-truncated calendar, but EFL clubs will not want that to become a permanent change.

The conflict of interest in cup competitions for those at the top and bottom of the football pyramid is stark. 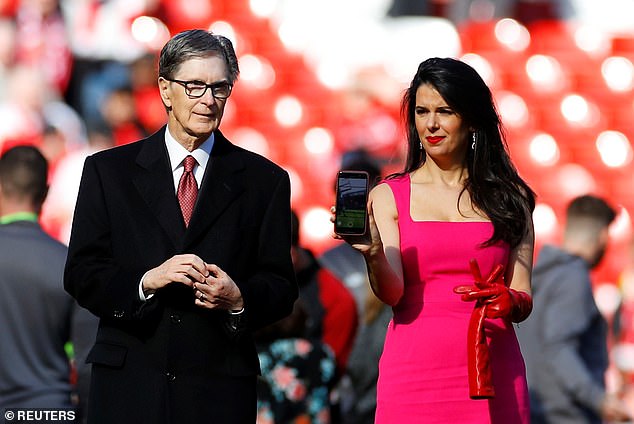 The coronavirus crisis has only accelerated the conversation around footballing governance.

Former sports minister Tracey Crouch said in April that she backed calls for an independent review of football governance.

‘We have a system where leagues are both judge and jury and that’s a very difficult place to be’, she said.

In the Premier League, the FA and the Football League, English football has three governing bodies all competing for different interests. They have been unable to find common ground throughout 2020.

This crisis at the top has been a trigger point for Project Big Picture, but where does the issue of governance go from here?

The absence of strong governance from those in charge of the game led Liverpool and Manchester United to take matters into their own hands, but it is clear that the other 18 teams in the Premier League did not view this supposed power grab kindly.

With proper governance, the two biggest clubs of English football would not have followed this path. Project Big Picture asserted that ‘a reset of the economics and governance of the English pyramid is long overdue’, and that is hard to argue against.

But getting together and working it out is difficult for a league that requires 14 members to agree on a proposal for it to be passed, hence they pushed for nine clubs to be given special ‘shareholder’ status.

They would have had the power to vote through rule changes, decide on chief executives and ownership changes at other clubs. That is now left in limbo, but without this overhaul how can Manchester United and Liverpool expect to drive through the reforms they so desire? 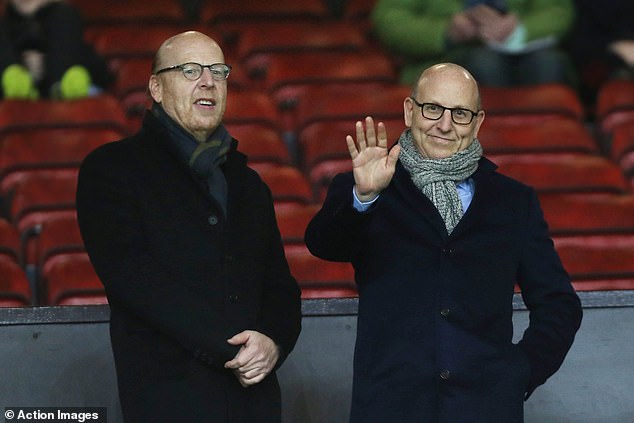 Another key crux of Project Big Picture was to safeguard the future of the game and the lower leagues.

They proposed a £350million rescue fund to be made immediately available to the EFL and Football Association for lost revenues for the 2019-20 and 2020-21 seasons.

Parachute payments were to be scrapped and instead, 25 per cent of Premier League revenue would be distributed to the EFL.

There at least appears to be some common ground here.

Secretary of State for Culture, Media and Sport, Oliver Dowden, said: ‘No EFL club will go bust. I have received reassurances that that will not be allowed to happen’.

The Premier League statement reflected this commitment, agreeing to make available a £77.2million rescue package for League One and Two clubs, who have been more seriously impacted by the lack of matchday revenue caused by behind-closed-doors games.

The statement went on to outline that the renewed offer will consist of grants and interest-loan fees totalling £50m. The Premier League had given £27.2m of solidarity payments to League One and League Two earlier this year.

The EFL’s decision to reject the initial £150million rescue package – a £40m grant and £110m loan – which was dependent on a series of conditions that would have handed top-flight clubs control of the calendar, their spending levels and post-Brexit work-permit arrangements, shows that they will not give in to concessions to get the bailout they need.

Work is still to be done to find a common ground and remains high on the agenda. 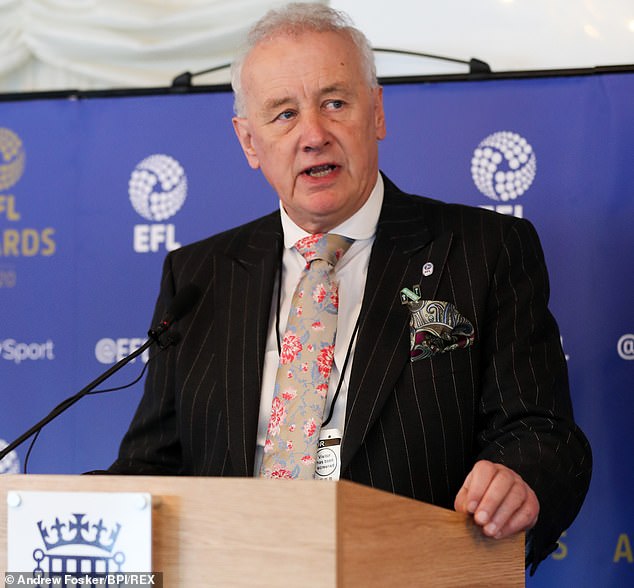 With the genie out of the bottle, Manchester United and Liverpool will be keen to strike while the iron is hot and keep talk of reform out in the public forum.

Project Big Picture aimed for a new structure to be in place for 2022-23, but that has not been endorsed.

But Premier League Shareholders have agreed to work together as a 20-club collective on a strategic plan for the future structures and financing of English football.

They have committed to consulting with all stakeholders to ensure a vibrant, competitive and sustainable football pyramid.

They have time to get in line with the next Champions League deal, which runs until the 2023-24 season.

The European Club Association and Uefa still have up to two years to formulate a format, with expansion very much on the table. That will be from the 2024-25 season onwards.

But on the monetary side, time is of the essence.

It has been five months since a rescue package was made mandatory if the Government was to support the Premier League’s Project Restart.

After the EFL rejected that £150m bailout offer, something will need to be done relatively quickly because the Premier League aren’t going to give up their leverage without getting something in return.

Rick Parry has been at pains to stress the EFL’s need for a cash bailout, while Leyton Orient chairman Nigel Travis warned this week: ‘If clubs don’t get something soon you will see clubs disappear, I would predict, within 5-6 weeks,’