Top Football News
Man City and Leicester target Nicolas Tagliafico can leave Ajax if suitable...
Manchester City, Barcelona and Real Madrid ‘join the race for Hoffenheim youngster...
Arsenal target Houssem Aouar insists he’s ‘very glad’ he stayed at Lyon...
Liverpool ‘can sign Ajax starlet Perr Schurrs for £27m in January’
Chelsea ‘believe they are in pole position to land David Alaba on...
Neymar warns PSG they have to improve and play more as a...
Lennon set to take charge in Milan with Celtic powerbroker Desmond resisting...
Ten years after the Venky’s took over at Blackburn – the Rao...
Eighth division side Marine to take on Premier League leaders Tottenham in...
Javi Martinez would ‘like to try something new’ with his Bayern Munich...
Home EFL Cup Paul Scholes loses on his return to the dugout after 31-day spell in charge of Oldham Athletic
EFL Cup

Vale Park has changed quite a bit in the 26 years since Paul Scholes made his debut for Manchester United here in the Potteries but, then again, so has he.

The hair isn’t quite so ginger as it was the night in September 1994 when a teenage Scholes scored twice in a League Cup win over Port Vale, the first of his 155 goals for United. Now 45, he is greying around the temples.

These days you would expect to find Scholes in the comfort of a TV studio or a directors’ box, but Salford City’s surprising decision to sack Graham Alexander has landed him with the role of interim manager.

So here we are on a dull October day in Burslem watching the former United star embark on another foray into football management, this time at the club he owns with Gary and Phil Neville, Ryan Giggs and Nicky Butt.

The last attempt, with Oldham Athletic, ended after 31 days in March last year when Scholes resigned following one win in seven games and interference from the owners.

His latest stint also promises to be brief. Firstly, because Salford’s development coach Warren Joyce would probably have been in the dugout if he wasn’t self-isolating. Secondly, because Scholes really has no desire to be there any longer than he has to.

‘Look, I was the one who was available out of the rest of us so Gary asked me to do it and I’ll keep on doing it as best I can until we find somebody suitable for the job,’ he says candidly.

‘This job isn’t for me. We all know that at the club. It’s for an experienced manager who can take this team forward, so fingers crossed we get the right man. 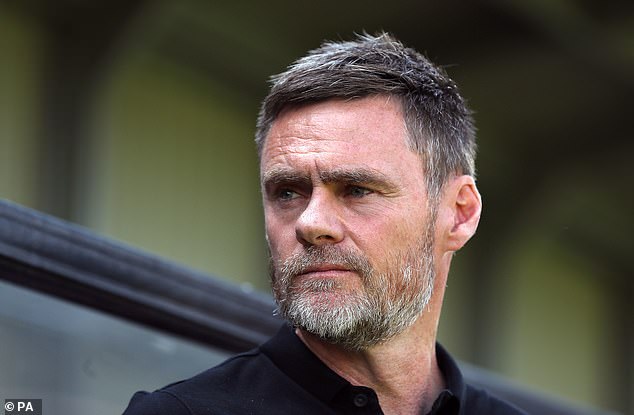 ‘I’ve only ever done it once and it didn’t go that well, so it’s an experience I probably could have done without.

‘I enjoyed my four weeks at Oldham, of course I did. Would I choose to do it again? Possibly not.’ At least, returning to Vale Park must have brought back some happy memories?

‘Absolutely. You get a few goosebumps. When you make your debut, it’s always a special place for you. I scored one at this end and one at that end.’ That was more than his players could manage on Saturday as Cristian Montano volleyed Vale’s winner in the 86th minute to put a rather awkward slant on Salford’s decision to axe Alexander, the man who led them into the Football League last year and was unbeaten in five games this season.

Worse still, Darron Gibson, another former United player, was taken to hospital with a serious leg injury that resulted in eight minutes of added time.. The trauma of a horrible incident like that is even more graphic in an empty stadium. 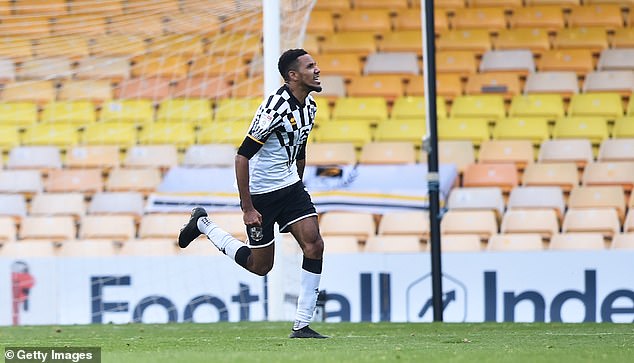 Getting the fans back seems more important than ever at the end of a week in which the stalemate between the government and the Premier League continued to hang over the EFL.

Vale owner Carol Shanahan and her husband Kevin have the means to withstand the estimated £1.5m cost of the pandemic. Not all clubs do.

‘It’s like having a ref and not one decision goes your way,’ says Shanahan. ‘We haven’t had help from the government or the Premier League.

‘We’ve become the victims of the stand-off between the two. I don’t care who helps – just help.

‘I agree with Gary Neville when he came out this week and said the Premier League have had their chance. They haven’t helped us. 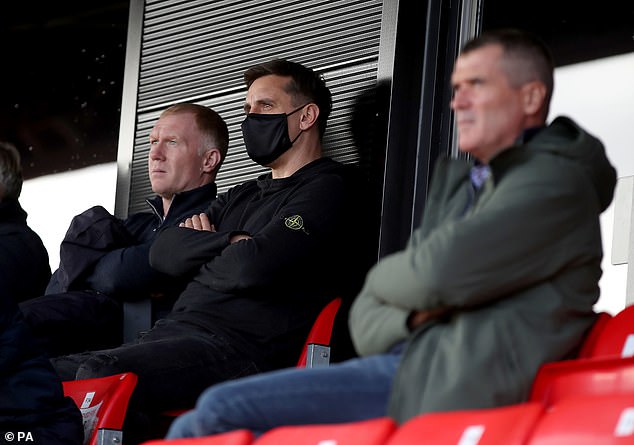 ‘They’ve spent £1.2billion in transfer fees during this window and we’re in a pandemic. It’s mad.

‘There’s no point in having an amazing penthouse if the stories below you are crumbling. It’s going to fall.’ Shanahan has worked hard to maintain a connection with fans through strange times. A week after receiving an OBE for services to the community, providing food to children and their families in need, she was out on Friday night delivering match-in-a-box packages – Bovril, beer, match programme and pies – to the 31 corporate box owners who weren’t allowed to attend Saturday’s game.

Any of the club’s season ticket holders who ate Sunday lunch at the stadium had the opportunity to sit in their match seat – even though the game finished 24 hours earlier.

And, from now on, Vale are permitted to live stream the action to a function room in the stadium on match days, just as long as fans don’t look out of the window.

‘That’s just too much for me, I don’t want to do it,’ says Shanahan, laughing at the absurdity of it all when she believes supporters can return in safety. ‘We’ve got a 18,500-capacity stadium and 4,000 season ticket holders. We’ve been socially distancing for years!’