Bolton manager Ian Evatt has caused uproar and been forced to apologise after telling his 20-year-old goalkeeper to ‘man up’ following a howler in League Two on Saturday.

Embattled Evatt called out rookie stopper Billy Crellin for punching a cross into his own net and reeled off a series of mistakes made by the England youth international after his side extended their winless streak.

A recording of the scathing post-match remarks made by Evatt, who has led struggling Wanderers to a single league win this season, received a fierce backlash on Twitter, including accusations of ignorance over mental health risks. 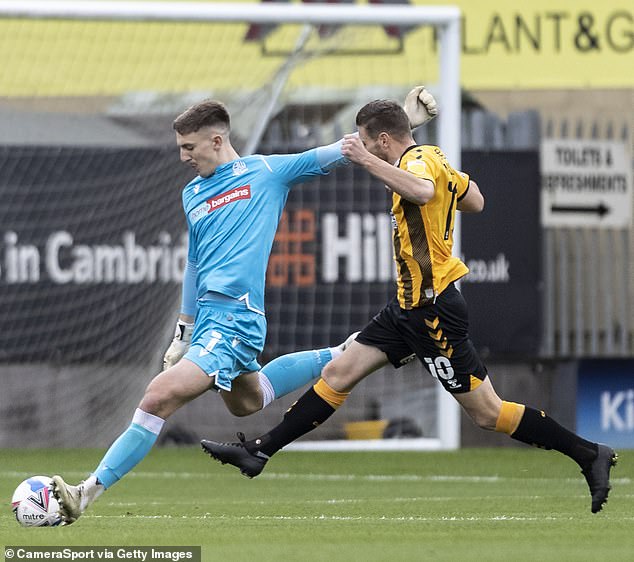 Frustrated Evatt told BBC Radio Manchester: ‘He’s a fantastic young goalie with lots of attributes and assets, but we cannot afford for him to keep making mistakes. It’s that simple.

‘He cost us the first goal, in my opinion, at Barrow on Tuesday – maybe the second one, as well – and then this today.

‘So this is me saying to him, publicly, “man up”. I’ve had that conversation privately. This is a man’s game. Three points are at stake and my team deserved to win today.’

Critics fired back at Evatt and accused him of being cruel to Crellin, who has made fewer than 30 appearances during the first two years of a career that has seen him loaned to FC United of Manchester, Chorley and Bolton from parent club Fleetwood.

Fans turned on beleaguered Evatt on social media, scolding him for blaming the young keeper

Stunned presenter Jake Watson said: ‘This is shocking management from Ian Evatt to a young goalkeeper. He’s been entrusted in developing a talented player, not to crush his confidence.

‘Listening to this, [Fleetwood] should immediately recall Billy Crellin from his loan.’

A fan thundered: ‘Awful – his mental health awareness is shocking. The phrase “man up” should be eradicated from football and the world.

‘Football is a game for everyone. [Evatt] needs to go on a course and be educated.’

Sordell argued: ‘Nobody is saying that criticism shouldn’t exist but the choice and manner of the words used are so important. In this case, they’re very different as well.

‘I can’t see how saying he cost them points in other games is helpful. Football is a team sport.

‘The moment players start playing to protect themselves from this kind of thing, it’s a slippery slope. This will affect more than just the keeper.

‘It baffles me so much. If he thinks his performances have been shaky so far, what does he expect will happen now?’

Troubled Bolton were a Premier League club until 2012 and in the Championship in 2019, but a spectacular fall has seen the Trotters sink to the fourth tier for only the second time in their history after almost going out of business.

Another supporter said: ‘Bolton [are] paying top dollar, heavily in debt, massively underperforming [and] conceding for fun, yet it’s all on the goalie?

‘Sounds like the words of a manager out of his depth and already under pressure. He’ll be gone by Christmas.’

Evatt guided Barrow to the National League title last season but is enduring a run of five matches without a win after joining Bolton in the summer.

Issuing an apology on Sunday, the uncompromising former Blackpool and Chesterfield stalwart claimed that Crellin had agreed with his assessment.

Ex-defender Evatt told The Bolton News: ‘The terminology should have been better. I apologise for that if any offence has been caused. 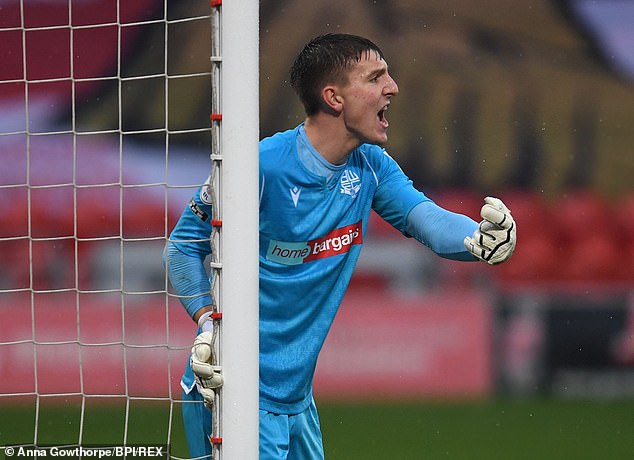 ‘I have spoken to him this morning and he understands what I meant. He agrees with the sentiment, in fact. So there is no problem there at all.

‘Nothing I said in the media was any different to what I said to Billy in person. Bolton Wanderers fans will know by now that what you see is what you get with me, honesty and clarity.

‘I won’t hide anything. I fully accept, though, that it wasn’t the best choice of phrase and I can’t take that back.

‘And I am disappointed that we’re sat talking about this on a Sunday rather than what was a good performance at Cambridge.’ 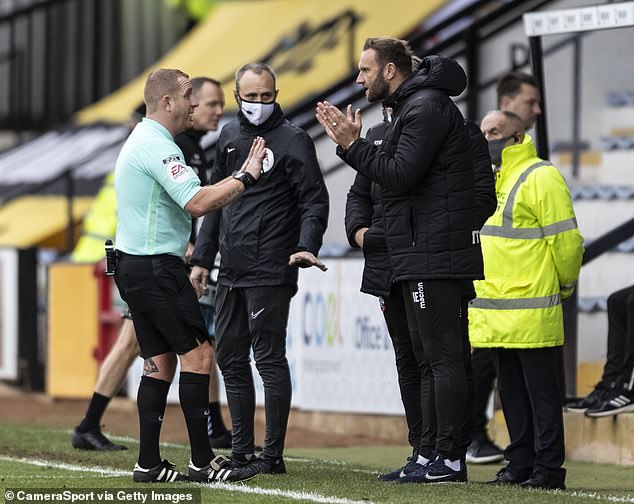 Blackburn performance psychologist Dr Andy Hill told Sordell: ‘I wouldn’t want to comment on specifics but singling out someone in that way is often rooted in high levels of emotion, whatever that may be.

‘It won’t help the player but may help the manager feel better in the moment.’

Bolton are currently 18th in the table after their second successive draw following a 3-3 draw at Barrow on Tuesday. 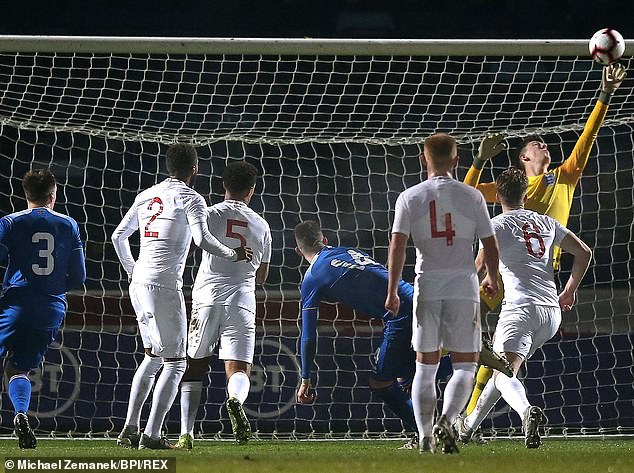