Centre-back Mats Hummels scored twice as Borussia Dortmund won 2-0 at Arminia Bielefeld to remain top of the Bundesliga alongside Bayern Munich on Saturday.

Hummels was in the right place to fire the opener from a corner by England international Jadon Sancho seven minutes after the break at the Bielefelder Alm. 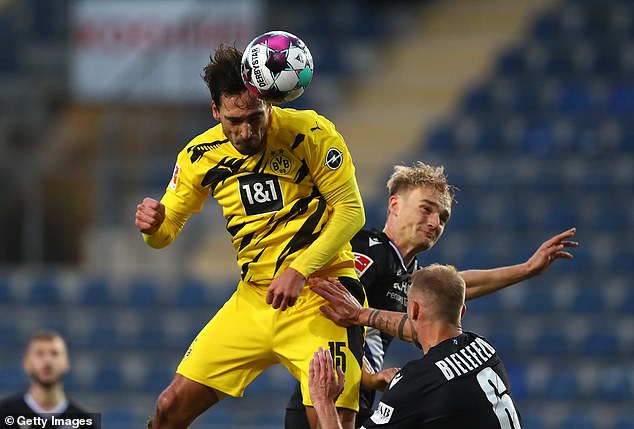 Germany defender Hummels then sealed the win when he headed home a Marco Reus cross with 19 minutes of normal time remaining.

Bayern’s win at Koln means the rivals remain locked on five wins out of six at the top of the Bundesliga table, having both also won in the Champions League in midweek.

Dortmund travel to Club Brugge on Wednesday before hosting Bayern in a titanic early-season clash at the Signal Iduna Park next Saturday evening. 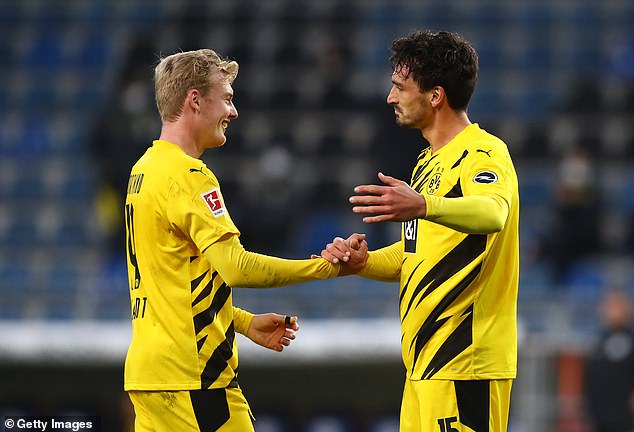 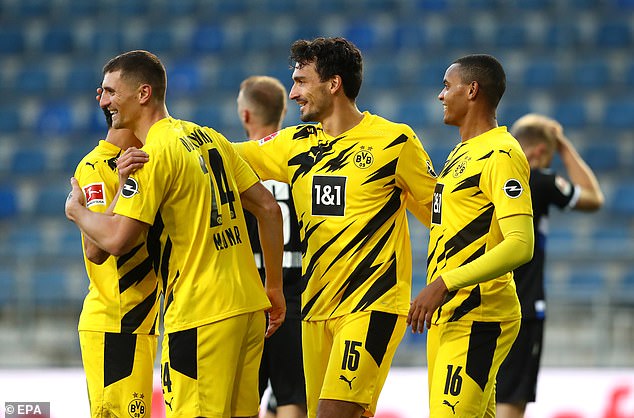 Dortmund joined Bayern, who won 2-1 at Koln, at the top of the table with five victories from six

David Alaba will be in demand after Bayern...

Chelsea ‘believe they are in pole position to...

Bayern Munich stay top of the Bundesliga with...