Juventus are struggling to come to an agreement with Paulo Dyabla over a new contract.

Dybala’s current deal runs until the summer of 2022, and Juventus want to retain his services until 2024.

However, as reported by Calciomercato, the attacker is demanding £5million more per season in wages.

Juventus are struggling to tie Paulo Dybala, who wants £5m more a year, to a new contract

Real Madrid are interested in signing Dybala, who has been at Juventus since 2015.

The Spanish side could let Isco and Vinicius Junior join Juventus as part of a possible deal.

Juventus are eager to keep Dybala but could be tempted by the prospect of getting two Real Madrid players in exchange. 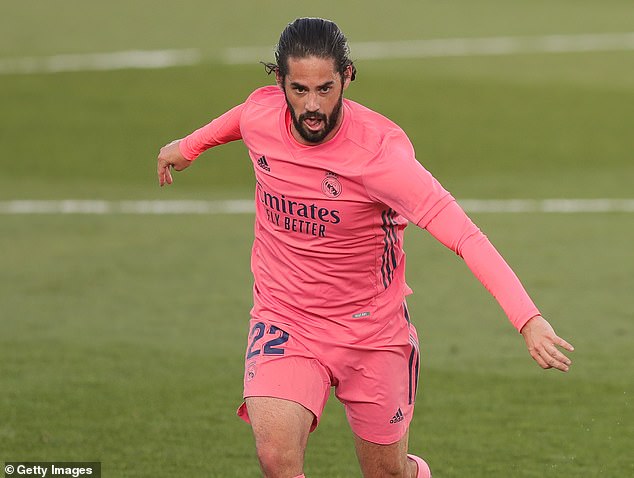 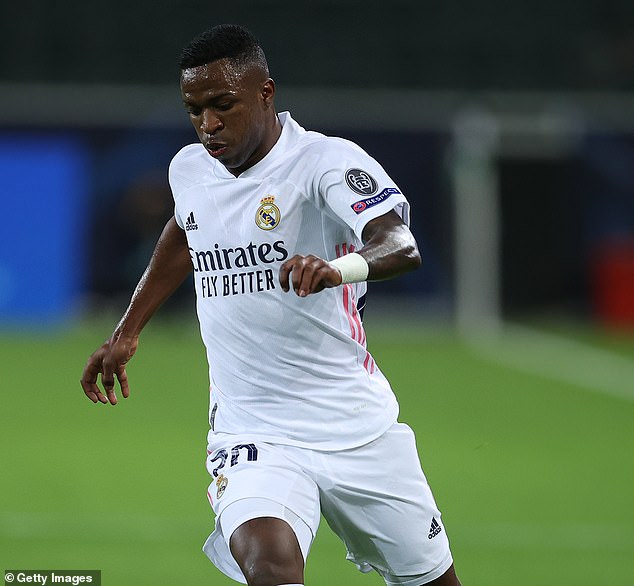 Vinicius Junior, whose future at Real is in doubt, could also leave in part-exchange for Dybala

Isco and Vincius Junior have seen their futures at Real thrown into doubt recently.

Spanish midfielder Isco was caught criticising manager Zinedine Zidane’s tactics while on the bench against Barcelona.

During the Champions League game against Borussia Monchengladbach, Karim Benzema was seen on camera telling Ferland Mendy not to pass to Vinicius.

Neymar may ‘already know’ PSG are planning to...