Where will Mauricio Pochettino end up after his ‘come and get me plea’ to clubs on MNF?

After a year out of the game, all eyes were on Mauricio Pochettino on Monday Night Football as he sat in the Sky Sports studio for coverage of Leeds v Leicester. One question was on most observers’ minds – where to next?

The highly-rated Argentine has been out of work since he was sacked by Tottenham a year ago with the club lingering in mid-table, having been to the Champions League final six months earlier and established as a top-four club under his guidance.

It’s clear his decision to appear on Sky was not based on building a future career as a pundit. As someone who knows the Premier League well, he’s been heavily tipped to return to work in the English top flight, as well as a handful of top clubs abroad, and he used his time on the airwaves to spell out his desire to get back into day-to-day management as soon as possible.

‘I am always ready to go again and be involved in the game,’ he said. ‘I hope to go back soon so we can start again to work. I am looking forward to being back in the game. I love this game but it’s difficult. We are inside and working on doing things. That’s the reality.’

The 48-year-old, with his hair a bit longer than when we last saw him, spoke with passion in what was clearly a come-and-get-me plea. He seems raring to go and rebuild what remains a promising managerial career.

Here, Sportsmail takes a closer look at the potential destinations for Pochettino as he plots his return to the dugout. 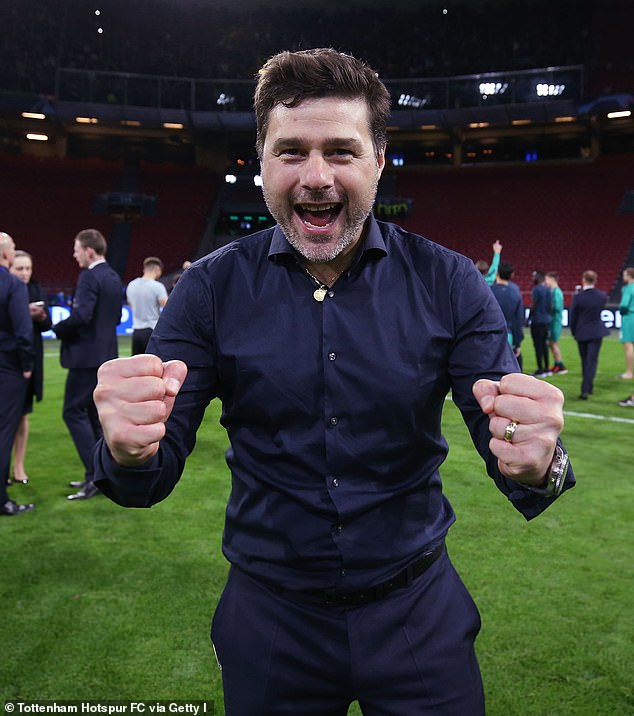 Manchester Utd – 8/11 (odds from Betfair on his next post)

You can’t mention the possibility of Manchester United hiring a new manager without Pochettino’s name immediately coming to the surface.

Things are not looking too rosy at Old Trafford this season after seven points from six Premier League games, with Ole Gunnar Solskjaer facing more pressure to hang onto the hotseat. It’s not the first time he’s faced rumours of the axe, and it’s not the first time Pochettino has been earmarked as his successor.

Even before the Norwegian took the reins, the former Southampton boss has long been tipped as a perfect fit for Old Trafford while he dazzled at Tottenham – taking a team of underachievers and getting performances and consistency out of them. Sound like a familiar problem in need of solving?

A manager who likes to build exciting teams filled with youth and flair players, you can only imagine his joy at working with stars like Mason Greenwood, Marcus Rashford – and to be reunited with former Southampton favourite Luke Shaw. 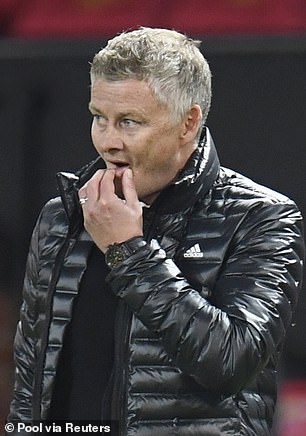 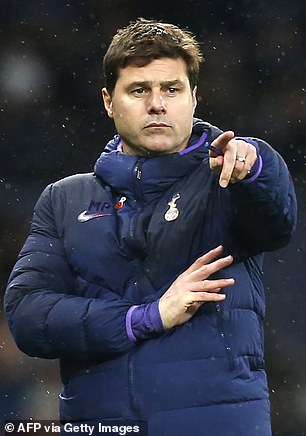 Manchester United have made their worst start to a season for 48 years under Ole Gunnar Solskjaer (L), with Pochettino earmarked as a successor

Something stood out from his conversation with Jamie Carragher and presenter David Jones – his belief that ‘change is painful’, as he outlined how he works after joining a new club. He certainly made radical changes at Spurs – is this what we could expect if he joins United?

‘Change is always painful. It is really painful. When you arrive at a new club you have to make changes. 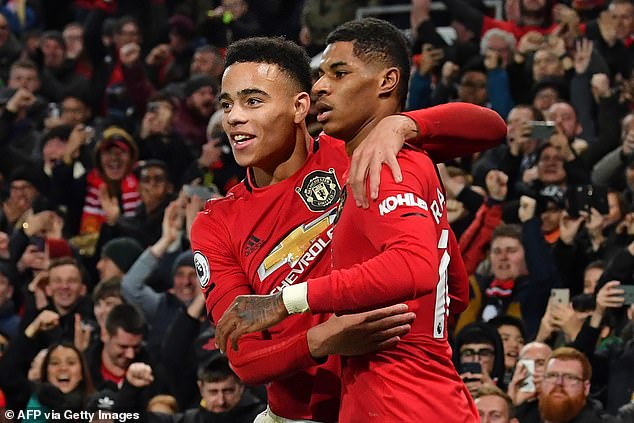 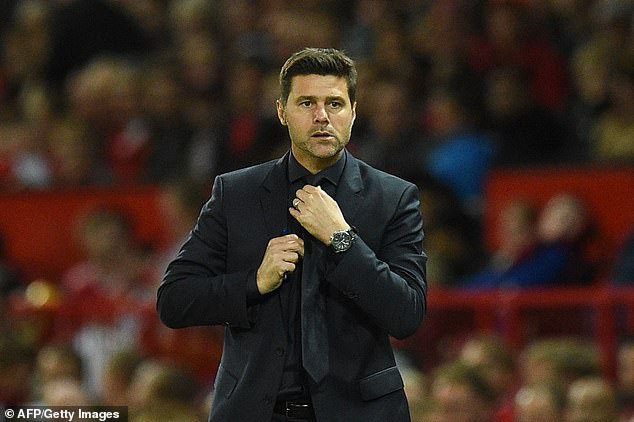 ‘If you arrive at the beginning, easier. If you arrive in the middle, the same. You need to start to build. That is why it is so important to create a big platform and that is what we really believe.’

United fans would give you a nearly endless list of the changes they’d like to see at the club, and Pochettino has been on the lips of many who aren’t keen on Ole being at the wheel.

He’d have plenty to address – the future of Paul Pogba, sorting out the defence and finding a partner for Harry Maguire, does he stick with David De Gea or twist for Dean Henderson? And ultimately – what is their best starting XI?

The Red Devils have made their worst start to a season for 48 years. If they slip any further you’d expect Pochettino will ready and waiting.

If Pochettino wants to the keys to the Etihad, he might have to extend his sabbatical a little bit more. It would be one of the greatest shocks if Pep Guardiola was given the boot this season, but a new manager is something City have to think about with his contract up next summer.

‘If there was a sense that we would need to start planning for succession, then we will do so,’ City’s Chief Football Operations Officer Omar Berrada said of Guardiola this summer. ‘But our priority is doing what we can and speaking to him to make sure he feels comfortable and that all the circumstances are right for him to continue.’

This year reports have circulated that City chiefs have earmarked Pochettino as a leading contender to take over should Guardiola end his stay on the blue side of Manchester, and last week there were calls for a return to Barcelona. 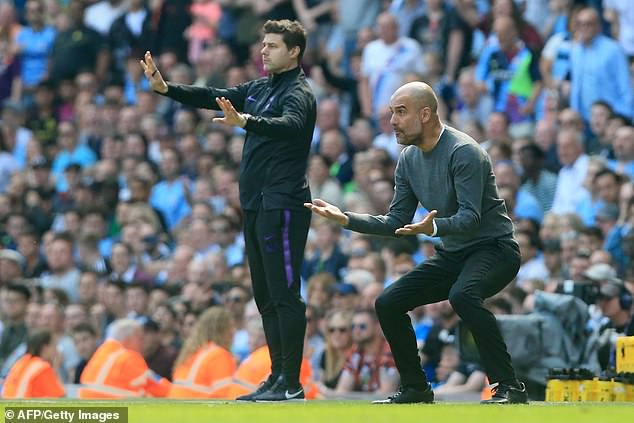 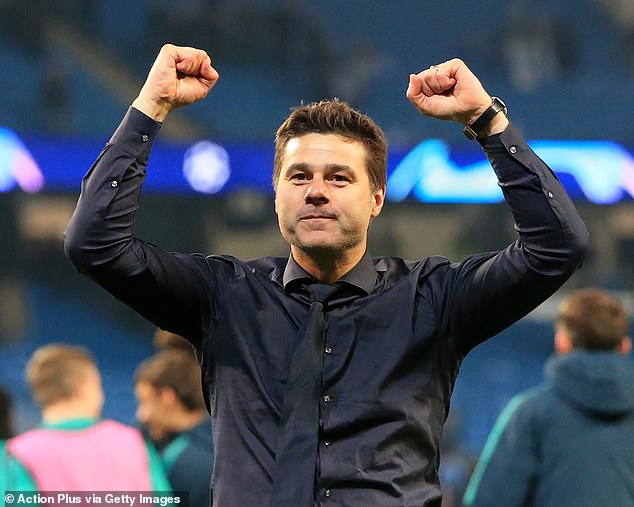 Following the resignation of president Josep Bartomeu, new candidate Victor Font outlined his desire to bring Guardiola back to the Nou Camp in a bid to return to the glory days and convince wantaway star Lionel Messi to stay after his long transfer saga over the summer. Guardiola has since insisted his time with the Catalan side is ‘over’, but the speculation is anything but.

City is a club with hearty ambitions, plenty of firepower on the pitch and in the bank account – and as such there aren’t too many managers in world football who can satisfy their hunger for success.

Pochettino, the man who ended their bid for Champions League glory in 2019 by dumping them out of the competition with Spurs, is one of the few who can.

If you’re a manager, taking the dugout at the Bernabeu has to be the ultimate goal, and it turns out it’s no different for Pochettino.

‘I don’t know if I’ll ever coach Madrid, but of course it’s my dream,’ he said in September.

‘If it’s not the best it’s one of the best clubs in the world. I’m no different, everyone has it on their dream list.’ 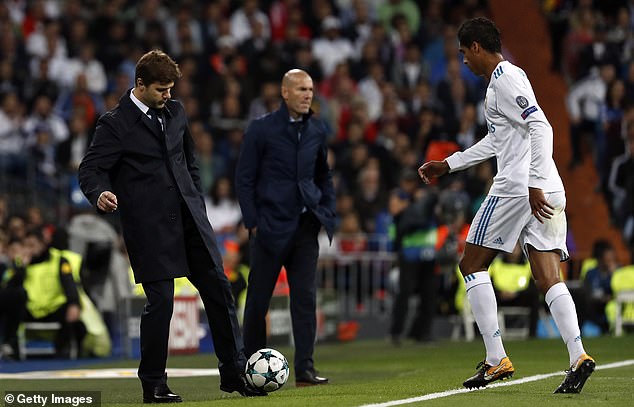 As it happens, it appears the feeling is mutual. Pochettino has long been seen as a future Los Blancos boss and his time at Tottenham was rife with rumours linking him with the post – and he often failed to shut them down.

When asked by Marca about the possibility of joining Real Madrid in 2018, just a week after signing a new five-year deal at Spurs he said: ‘I live in the present, there is nothing more important than this. I enjoy what is happening and what has to be, will be.’ Previously he claimed: ‘When Real Madrid call you, you have to listen to them’.

He was one of the top choices to replace Zinedine Zidane that summer, with the club eventually opting for Julien Lopetegui, who was sacked after just two months in charge. 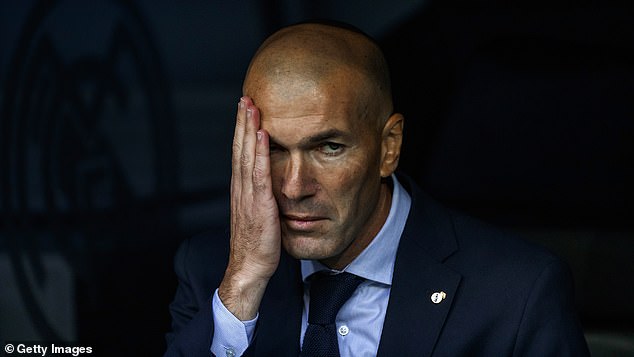 Zidane ended up coming back after the chaotic reign of Santiago Solari – but with the club now in the midst of a crisis, Pochettino has come to the forefront once again.

The La Liga table doesn’t make alarming reading, with Madrid a point off the top and with a game in hand, but they’ve suffered from uninspiring performances and fell to a shock 3-2 home loss to a Covid-ravaged Shakhtar side in the Champions League.

They bounced back to beat Inter Milan but any more stumbles and there will be questions asked, and we know who would put themselves forward.

Another link that seemingly fails to dissipate, despite Pochettino’s repeated insistence that he would not join the rivals of his favourite club Espanyol, having both played for and managed them.

‘In football I know it’s difficult to keep values, to be loyal, have heart and emotion but for me it’s more important to be honest,’ he said in 2017, after being spotted in a bar with former president Bartomeu. 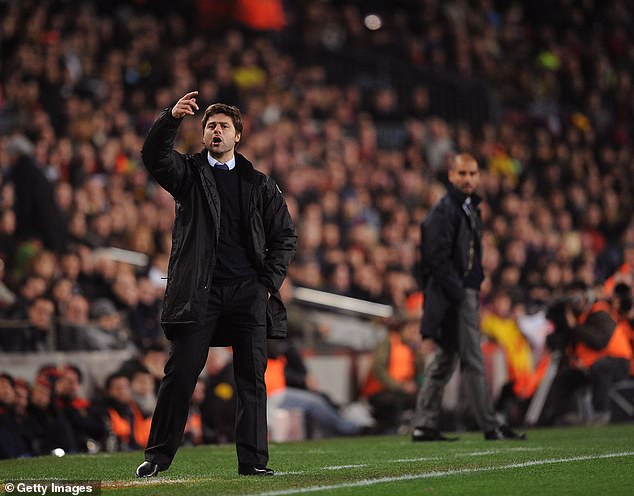 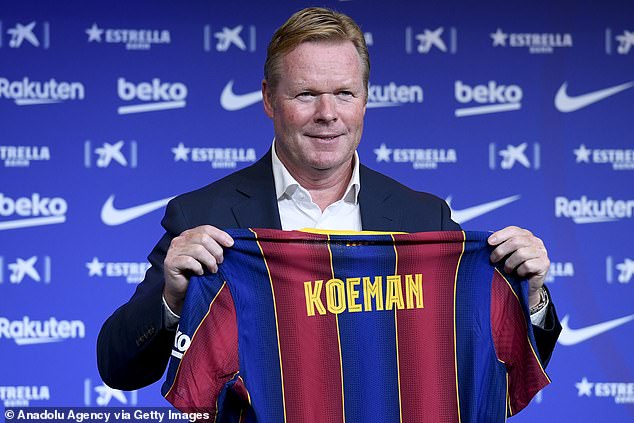 But you would imagine that loyalty would be given a stern test should a genuine offer to manage the club actually materialise. This summer after Quique Setien was sacked and with the club in crisis following an 8-2 loss to Bayern, as Messi demanded an exit, Pochettino emerged again as a frontrunner.

Ronald Koeman was eventually given the nod, and Pochettino insisted that he was not approached, claiming that he would not have wanted to work with the heavily criticised Bartomeu.

But with Bartomeu gone, presidential elections on the horizon and many of the candidates vowing to bring in a new boss to kickstart the new era, you can imagine his name will come up again, whether he likes it or not.

The former captain of PSG has not kept his desire to return in the future a secret.

‘My team is PSG – I love PSG. I spent nearly three years there,’ he told SFR Sport in 2017, while still at Tottenham.

‘I spent some time, six months, with Bordeaux too but I was captain at PSG and that will always be special for me.’ 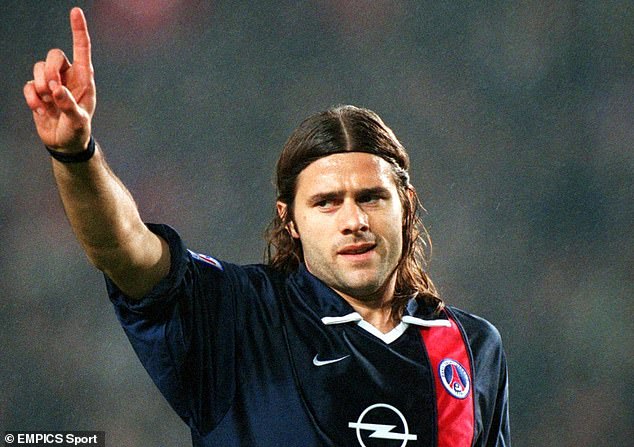 Pochettino played 95 times for the Parisiens between 2000 and 2003, during an era far less glamourous than the one PSG knows today.

In those days, mid-table finishes were the norm – now nothing but the title and a Champions League crown will do.

A failure to deliver that elusive first European crown has been the demise of many a PSG manager, and Thomas Tuchel could soon be on the chopping block despite coming closer than anyone before him as his side lost 1-0 to Bayern Munich in this summer’s final.

Pochettino knows that feeling after being downed by Liverpool in the previous season, but could he be the man to help the likes of Neymar and Kylian Mbappe flourish on the big stage? Just like with Real Madrid, he says PSG is one of his management ‘dreams’.

‘I’ve always said that I would be pleased to join a great club like PSG,’ he said to RMC Sport in 2016.

‘Come to Paris? I hope so. It is true that it would please me. It’s part of my dreams.’ 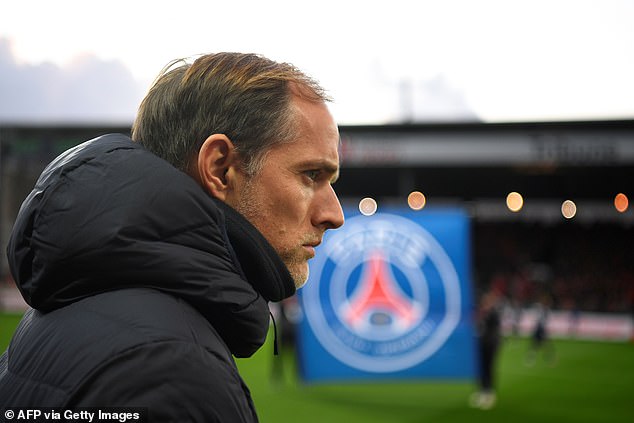 He’s managed in both La Liga and the Premier League, and while a return to either of those would be the easier and most likely option, the chance to manage in Ligue 1 would represent a new chapter and a fresh slate.

Tuchel has been in charge for around two years – usually the sell-by date for a PSG manager. His side are currently top of the league, but the club’s owners could seek a change if they feel their ultimate goal cannot be reached under his leadership.

While Ligue 1 isn’t as exciting or as competitive as other leagues, it does offer Pochettino something he craves more than anything else – a chance to win a trophy.

All odds courtesy of Betfair