Blackpool legend and former England goalkeeper Tony Waiters, who led the Canadian national team to their first and only World Cup appearance in 1986, dies at the age of 83

Waiters made over 250 appearances for Blackpool, during which time he won five England caps in 1964 as Alf Ramsey sought back up for Gordon Banks ahead of the World Cup two years later.

He finished his playing career at Burnley in the early 1970s before heading into management at Plymouth, where between 1972 and 1977 he won promotion from the Third Division and led Argyle to the League Cup semi-finals.

Former England, Blackpool and Burnley goalkeeper Tony Waiters has died at the age of 83 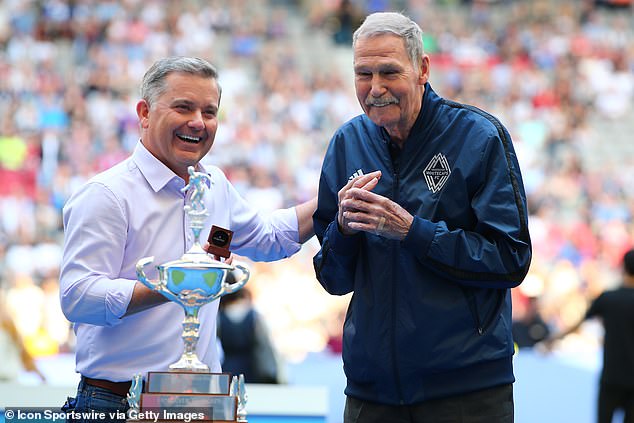 Waiters later managed the Vancouver Whitecaps before having two spells as the national coach of Canada.

He was in charge when Canada qualified for the 1986 World Cup, the country’s only appearance in the finals.

A tribute on the England Twitter page read: ‘We’re sad to learn that Tony Waiters, who won five caps for the Three Lions in 1964, has died at the age of 83. 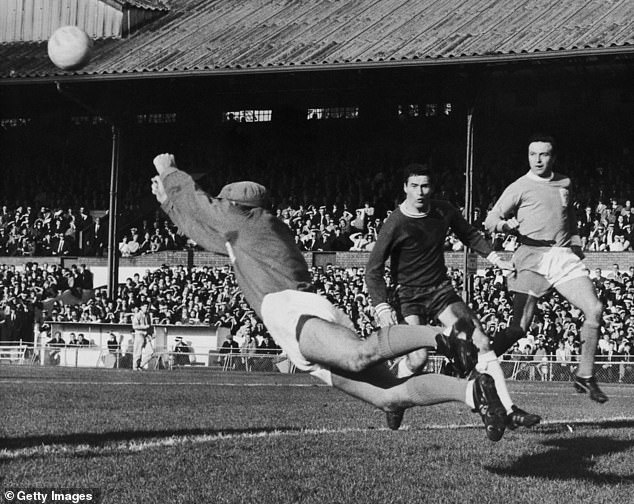 ‘Our thoughts and sympathies are with Tony’s family, friends and former clubs.’

Plymouth Argyle said they were ‘deeply saddened’ to hear of their former manager’s passing and described him as an ‘all-time Argyle great.’

Burnley also shared a tribute on Twitter which read: ‘Burnley Football Club is saddened to hear of the death of former England and Clarets’ goalkeeper Tony Waiters, at the age of 83. The thoughts of everyone at Turf Moor are with his family and friends. RIP.’

Waiters was inducted into the Canada Soccer Hall of Fame in 2001 and continued coaching after finishing his managerial career.