Steve Bruce has rejected a comparison to Donald Trump and says he never claimed his Newcastle side were entertaining.

The Magpies boss was asked about a newspaper column which accused him of dismissing all criticism as ‘fake news’ – likening him to the outgoing US president – and referenced his claims that the team has been ‘stylish’ against League Two Morecambe in the EFL Cup. 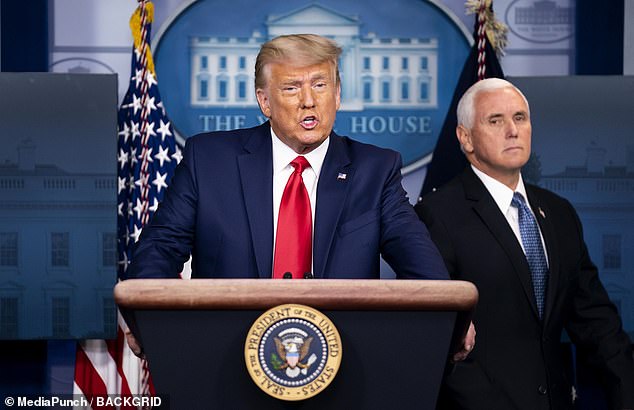 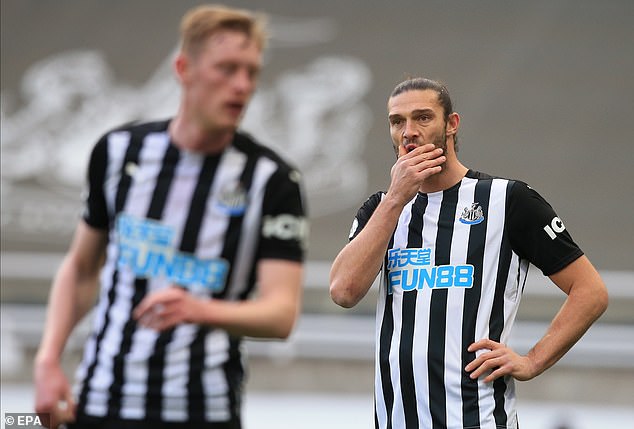 ‘What I have said is that where we finished last year (13th) is about par for the course. I think that is accepted by everyone else. My aim is to try and take us forward.

‘That is not going to be overnight because we can’t simply go and do that. We have added to the squad well this summer, a little bit, and that is the way forward.’

Bruce was also reminded of the statistics that have his side bottom of the Premier League on just about every measure of defensive and offensive data.

‘Stats can do anything you wish,’ he said. ‘When we got the sack at Aston Villa it came out there had only been Man City in that calendar year who had scored more goals than Villa. 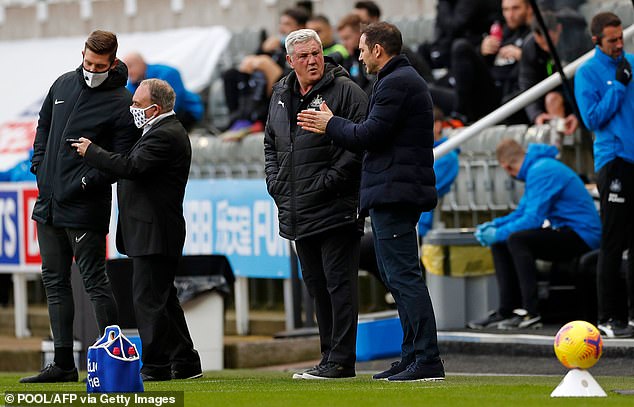 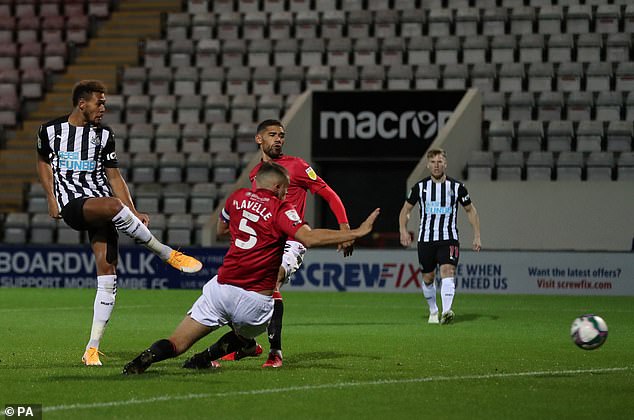 ‘However, I was perceived to be (negative), my style of play. You can do all sorts with statistics. I know one thing, we have not played well enough the last couple of games, and we have to improve.’

Bruce’s side have lost two on the spin ahead of this evening’s trip to Crystal Palace, where he will be without three unnamed players after they tested positive for Covid-19.

Top scorer Callum Wilson, however, is set to return after a hamstring layoff.

Fans will be allowed into stadiums for the first time in NINE months… but what are the rules?