‘A January exit will certainly not happen’: Everton dealt blow in their pursuit of Sami Khedira

Juventus midfielder Sami Khedira has insisted he will not leave in the January transfer window, despite being frozen out at the club.

Khedira has not made a single appearance this season under new manager Andrea Pirlo, with summer signing Arthur Melo, Aaron Ramsey, Adrien Rabiot and Rodrigo Bentancur preferred in central midfield.

Tottenham Hotspur and Everton have been linked with a transfer for Khedira, potentially reuniting the German with Jose Mourinho or Carlo Ancelotti, both of whom managed him at Real Madrid. 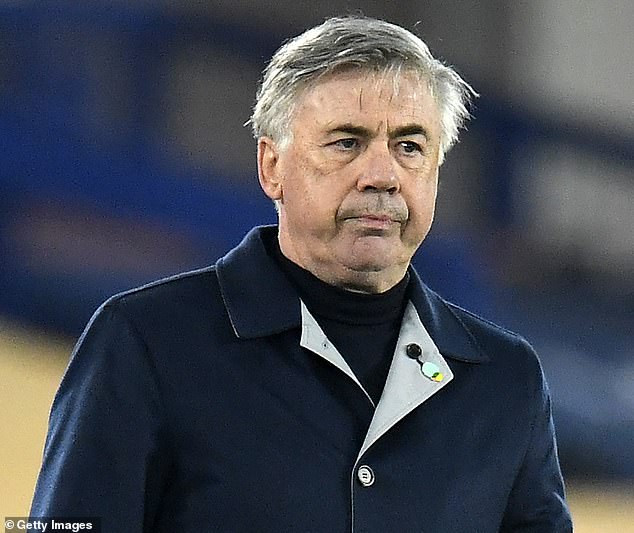 The news will come as a blow to Everton manager Carlo Ancelotti, who had targeted Khedira

But the 33-year-old, one of the highest paid in the Juventus squad, said he would honour his contract and stay at least until the end of the campaign, when his current deal expires.

He told German TV channel ZDF: ‘When I leave, I want the Juve fans to remember me as a great player. The current situation is not because of Andrea Pirlo, and I am not angry about it. I understand the way he wants to play football.

‘A January exit will certainly not happen. I aim to respect my contract to the summer of 2021. 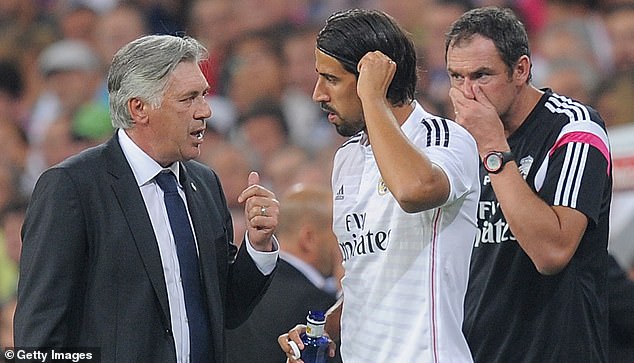 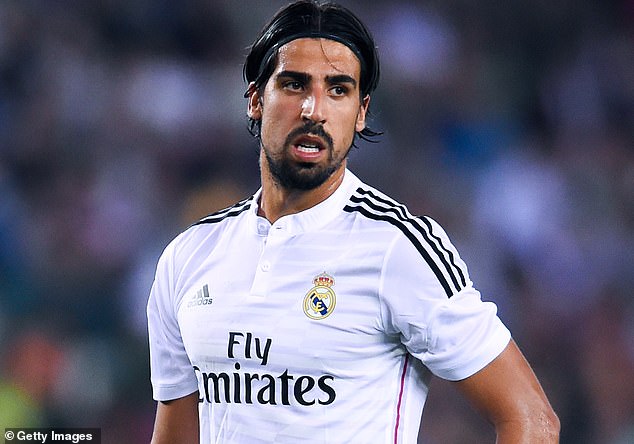 However, the 33-year-old has recently admitted he wants to test himself in the Premier League

‘There is dialogue with (Everton manager Carlo) Ancelotti and (Tottenham boss Jose) Mourinho, as we never really lost contact after our time together at Real Madrid.’

The 77-cap international Khedira has openly spoken about his desire to play in the Premier League and test himself in English football.

Sportsmail reported on Thursday that Everton were leading the chase for Khedira, but it appears the Toffees will have to temporarily shelve their transfer plans for the World Cup winner.

Bianconeri boss Pirlo has started well and his side is unbeaten in Serie A after nine games, with five draws and four wins.

The Italian champions are three points off league leaders AC Milan, who have a game in hand and play Fiorentina on Sunday afternoon.