Inter Milan are interested in signing Chelsea striker Olivier Giroud in January on a six-month loan deal with an option to buy.

According to Tuttosport, Inter Milan manager Antonio Conte sees Giroud as a back-up option for Romelu Lukaku, but Napoli’s Arkadiusz Milik is also on their radar.

Conte is well aware of Giroud’s capabilities. The former Chelsea manager brought him to Stamford Bridge in January 2018 before being sacked at the end of the season.

Giroud has struggled to find any route into Frank Lampard’s starting XI though, with Timo Werner and Tammy Abraham ahead of him in the strikers’ pecking order.

He’s made just one start all season – in an EFL Cup game against Tottenham back in September – and has only made five substitute appearances in the league.

Lampard enjoys using him as an option off the bench – he scored an injury-time winner against Rennes in the Champions League last week – but Giroud has become increasingly frustrated with the lack of opportunities.

‘It’s worrying. I thought I still had a role to play at Chelsea but my playing time is getting reduced a lot. It’s going to have to change or a decision must be made,’ Giroud told Telefoot last week. 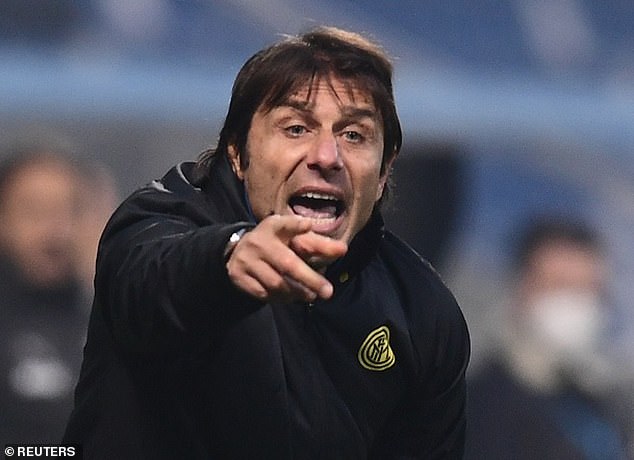 Antonio Conte is interested in reuniting with Giroud, having signed him at Chelsea in 2018

Giroud could experience similar difficulties at Inter Milan given Lukaku’s goalscoring prowess, but it’s a familiar transfer strategy for the Serie A giants, having recruited a number of wantaway Premier League players last season.

Ashley Young and Victor Moses were both signed on six-month loan deals last season before Young’s move was made permanent, while Christian Eriksen and Alexis Sanchez moved in the same direction.

Conte might have to shrug off competition for the services of Giroud though, with West Ham and Tottenham reportedly interested in the World Cup winner too. 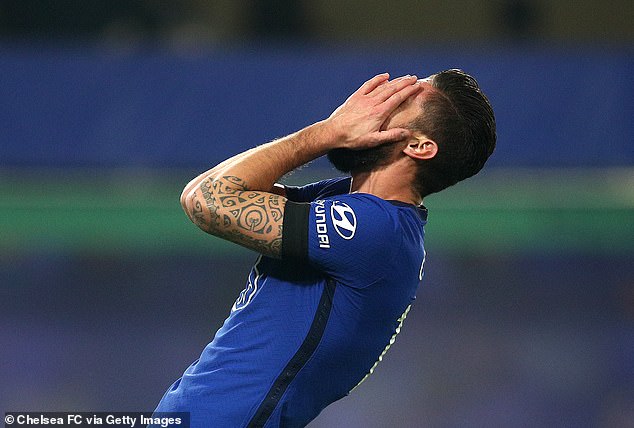