Liverpool ‘can sign Ajax starlet Perr Schurrs for £27m in January’, with the young defender on a list of possible replacements for injured Virgil van Dijk… and he’ll get a chance to impress Jurgen Klopp at Anfield tonight

Liverpool host Ajax in the Champions League on Tuesday night with manager Jurgen Klopp set for a close look at a potential signing.

The injury-depleted Reds will qualify for the last-16 stages if they secure at least a draw against their Dutch opponents.

However, the game will allow Liverpool manager Jurgen Klopp to run the rule over Perr Schuurs as he reportedly weighs up a move for the Ajax defender. 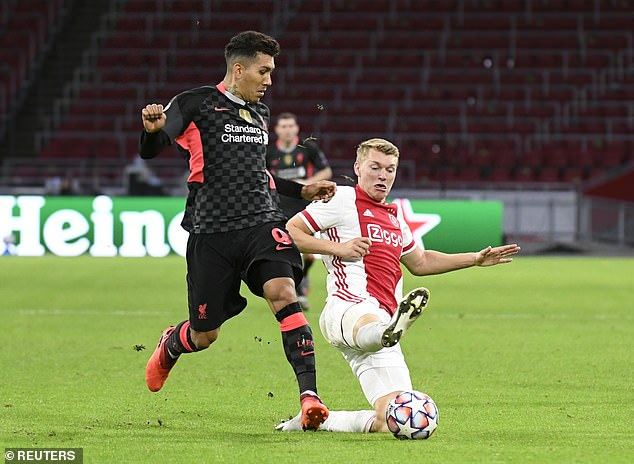 According to Dutch sports journalist Mike Verweijj, the 21-year-old has attracted interest from the Premier League champions after impressing in the reverse fixture in October.

And Verweijj says an offer of £27million could see the Anfield outfit sign him ‘immediately’.

‘An amount of €30m [£26.8m] will be attached [for Perr Schuurs]. If [Ajax director of football] Marc Overmars gets the chance, I think he will do it immediately,’ he told De Telegraaf podcast.

‘I checked at Ajax and there is no concrete interest from Liverpool.

‘After the match against Liverpool, the Liverpool delegation was impressed by Schuurs. He is on a list.’

Schurrs, who turned 21 on November 26, has made 13 appearances across the Dutch Eredivisie and Champions League so far this season. 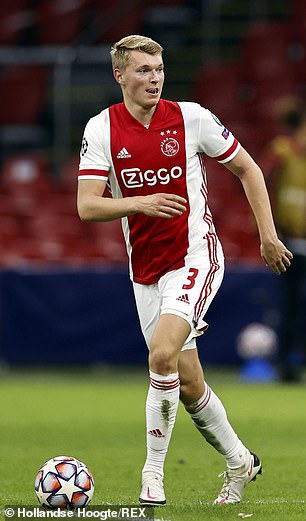 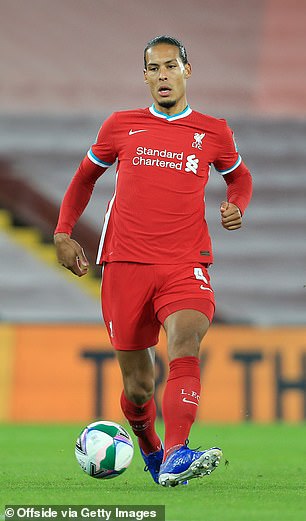