Zinedine Zidane has reportedly held a conversation on the phone with Red Bull Salzburg’s Dominik Szoboszlai over a potential move to Real Madrid in January.

The 20-year-old Hungary international is one of the most promising young talents in European football and has a host of suitors, including Arsenal and Tottenham, after bursting onto the scene at the Austrian side in the past two years.

Szoboszlai has also attracted attention from Salzburg’s sister club RB Leipzig, but Madrid have also been heavily linked and Zidane has already reached out to the 20-year-old, according to German outlet BILD, as reported in Diario AS. 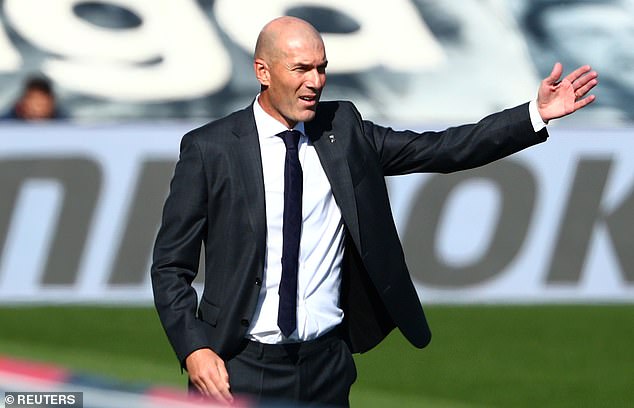 The report details that Madrid would be willing to meet Salzburg’s £18m (€20m) asking price for the midfielder, when the transfer window re-opens next month.

However, other clubs including Arsenal and Spurs are interested in the highly-rated 20-year-old, who decided to stay in the summer despite outside interest.

Leipzig manager Julian Nagelsmann is also reportedly keen on the midfielder – RB Salzburg are of course associated with sister club Leipzig, who also play in the Champions League.

Many players have made the move from Salzburg in Leipzig in recent years, including stars such as Naby Keita and Dayot Upamecano.

Szoboszlai has made 78 appearances for Salzburg despite being just 20, scoring 25 goals in all competitions. 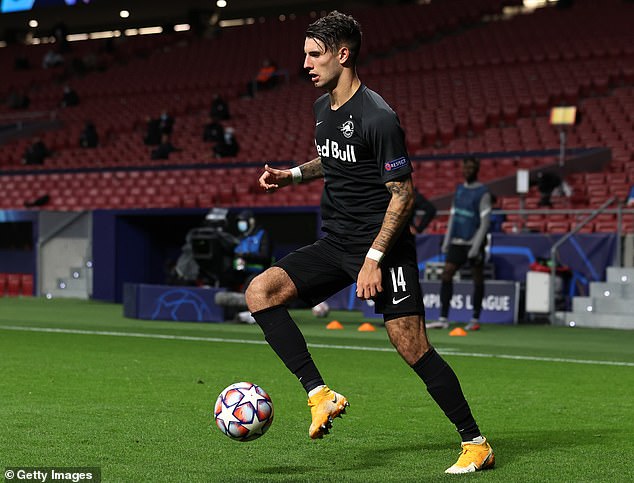 Szoboszlai has made 78 appearances for RB Salzburg, scoring 25 goals in all competitions

He made his debut at the age of 17 in May 2018 and scored on his Champions League debut last season in the 6-2 win against Genk, a match famous for fellow youngster Erling Haaland’s hat-trick.

He has also recorded 10 caps for the Hungarian national team, scoring twice.

Meanwhile, Zidane’s side are looking to bounce back from their Champions League loss to Shakhtar Donetsk in midweek when they play Sevilla in LaLiga this afternoon.