Mikel Arteta has confirmed that Arsenal are looking to snap up a goalkeeper to play second fiddle to Bernd Leno with Alex Runarsson failing to convince.

The Gunners let Emiliano Martinez, who shone at the end of last season, leave for Aston Villa in the summer before replacing him with Icelandic goalkeeper Runarsson from Dijon.

However, the 25-year-old – who was always seen more as a third-choice – has endured a horror start to his career at Arsenal, looking extremely nervy while producing a dreadful performance at home to Manchester City in last month’s Carabao Cup defeat.

Alex Runarsson has been far from convincing in goal for Arsenal since joining in a £1.6m deal

And with Matt Macey having joined Hibernian, there is an extreme shortage of back-up options to Bernd Leno, and Arsenal are looking to address that in the January market.

Speaking on Monday during his press conference ahead of Arsenal’s Premier League clash at home to Crystal Palace on Thursday, Arteta said: ‘We are assessing the situation with the three positions on the goalkeeping area and we will find a different solution, probably in this window.’

And then when asked if Runarsson would go out on loan with a new keeper coming in, Arteta replied: There is nothing there yet.

‘We are assessing what is going to happen with the three positions. 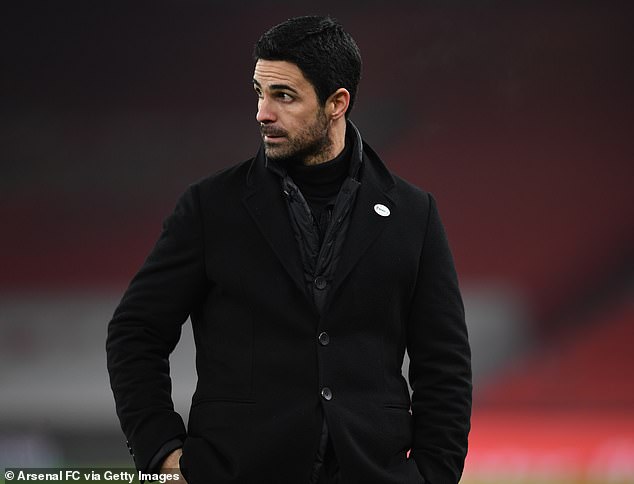 ‘The discussion we had in the summer within the club are a little bit different to what actually happened because of the transfer window and the situation that developed with Emi.

‘We didn’t have much time to do what we really wanted to do and we decided to assess the situation in this window which is what we are trying to do and we will make a decision on how we want to move forward in those three positions.’

With Martinez on the move last summer, Arsenal had shown interest in Brentford shot-stopper David Raya.

The Gunners were interested in a £10million move for Raya – who would have come in as direct back-up to Leno – but a deal failed to come to fruition. 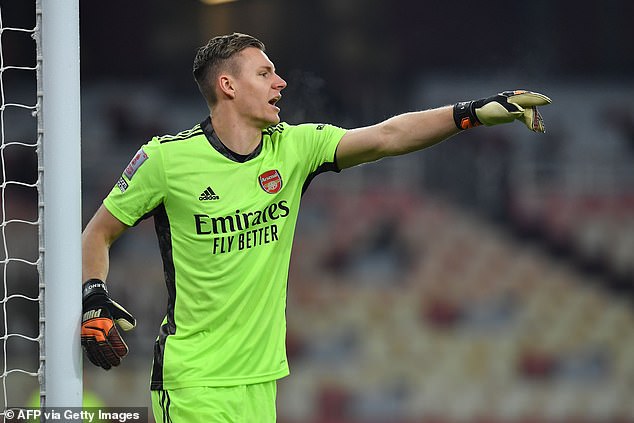