Monaco centre back Benoit Badiashile has confirmed that Manchester United did make an offer to sign him last summer but insists he has no regrets about a transfer not materialising.

The 19-year-old, who burst onto the scene two years ago for the Ligue 1 club, was reportedly subject to a bid of £22million from Ole Gunnar Solskjaer in September.

But France Under-21 international Badiashile believes it was the ‘right decision’ to stay at Monaco – he has since gone on to make 25 Ligue 1 appearances this season, with the club fourth in the table and six points off first-placed Lille. 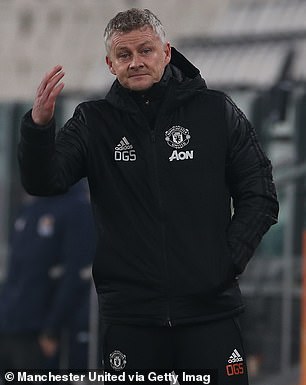 ‘It was the right choice [to stay at Monaco], first off is I have not enjoyed good seasons since I have been at Monaco,’ Badiashile told French outlet RMC Sport.

‘We played to stay up and so now I am really experiencing the top of the table and I think that continuing with the club that formed me was the right decision and this is being proved by the season that we are having.’

Then, when questioned about whether he had any regrets about missing out on a move to Manchester, the teenager said: ‘No, not at all.’

Badiashile made his first-team debut for Monaco at the age of 17 in a 4-0 defeat to PSG in November 2018.

He has since gone on to make 70 more appearances for the principality club and is now a regular starter in Niko Kovac’s side. 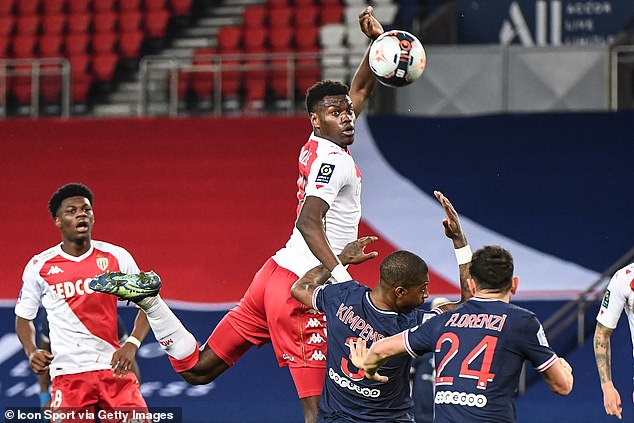 The Frenchman played all 90 minutes as Monaco kept a clean sheet at champions PSG on Sunday night, moving them within two points of the champions.

United have been linked with a number of different centre backs in recent weeks, including the likes of Sevilla’s Jules Kounde, Real Madrid’s Raphael Varane and RB Leipzig’s Ibrahima Konate.

Braga’s David Carmo, Villarreal’s Pau Torres and Lille’s Sven Botman are other central defenders who are interesting the Red Devils, amid speculation they are eyeing a new long-term partner for captain Harry Maguire.

United have conceded 32 goals in 25 league games this season, as they look to challenge neighbours City for the title – they are currently ten points behind the runaway leaders.

Kylian Mbappe is ‘continuing to resist signing a...

Barcelona ‘want Neymar to wait a year to...

Neymar pushes Lille’s Tiago Djalo before having to...

Kylian Mbappe tells himself he is better than...

Real Madrid ‘could sell SIX to get the...