Tottenham are eyeing a move for Lille centre back Sven Botman but face a tough task to win the race for his signature, according to reports.

After shining in Ligue 1 in the heart of Lille’s defence, Botman has also attracted interest from reigning Premier League champions Liverpool and current Serie A leaders Inter Milan.

But according to France Football, Spurs are hoping to convince the £40million-rated defender to head to north London.

There had previously been suggestions that Tottenham had already convinced the Dutchman and his representatives to make the move to London but this is not the case.

And Tottenham boss Jose Mourinho knows he will face a difficult task to prise Botman away from France with European giants Liverpool and Inter also in hot pursuit.

Jurgen Klopp’s side were reportedly interested in the 21-year-old during the January transfer window as they looked to solve their injury crisis at the back but instead Ozan Kabak and Ben Davies were signed.

Botman has emerged as one of the most promising centre-backs in Europe at Lille after previously spending 11 years with Ajax. 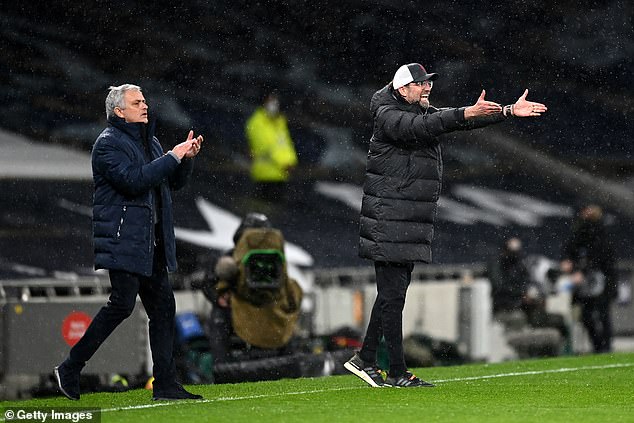 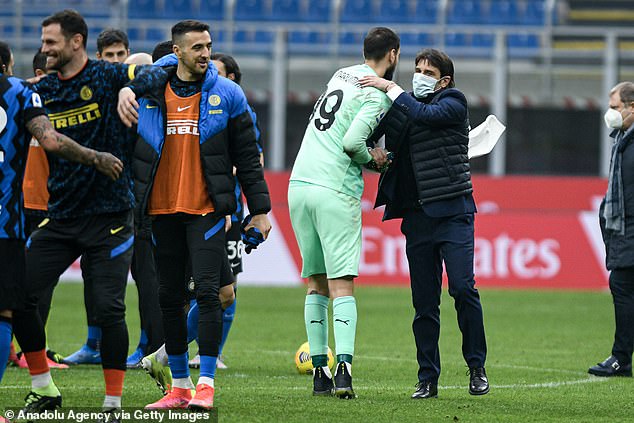 Botman sealed a £7.8m move to Lille in the summer of 2020, signing a five-year contract.

And the naturally left-footed centre-back has since impressed in France, with Lille sitting top of Ligue 1 ahead of Paris Saint-Germain by three points.

Lille have only conceded 16 goals in 26 league matches this season and Botman has played an integral role in helping his side keep 13 clean sheets. According to WhoScored.com, no other centre-back in Europe’s top five leagues has kept more clean sheets.

Yet to be capped by Holland, it seems only a matter of time until Botman – who stands at 6ft 4in and is excellent in the air while also being assured on the ball and a fine tackler – earns senior international honours. 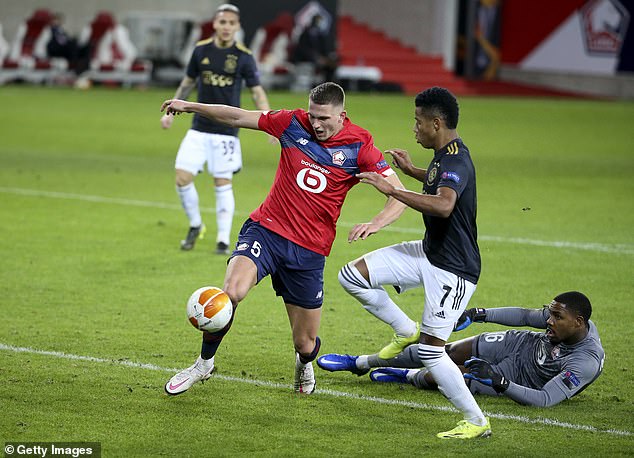 ‘He is a top player,’ Fonte told talkSPORT. ‘I must say I was surprised when he first arrived. I wasn’t expecting this level of quality, I was expecting a youngster with potential, but the guy is very composed – he’s mature for his age.

‘He’s a defender, and by that I mean he likes to defend. He likes to play simple, he’s strong, he’s tall, he wins his duels, he doesn’t over-complicate the game, he’s good on the ball, left-footed.

‘He’s been doing extremely well since he arrived so yeah, no wonder there’s interest in him. It doesn’t surprise me [the links to Liverpool], not at all.

‘If you analyse his performances this year, especially against the top teams we’ve played, you can be sure he can play at the highest level.’

‘We will have him here next season’: Andrea...