Goals from Bernardo Silva and Gabriel Jesus put City in good place ahead of the second-leg of their Champions League last-16 tie with the Bundesliga side.

Cancelo played a key factor in both goals as he assisted the first and created the second, as City kept another clean sheet. 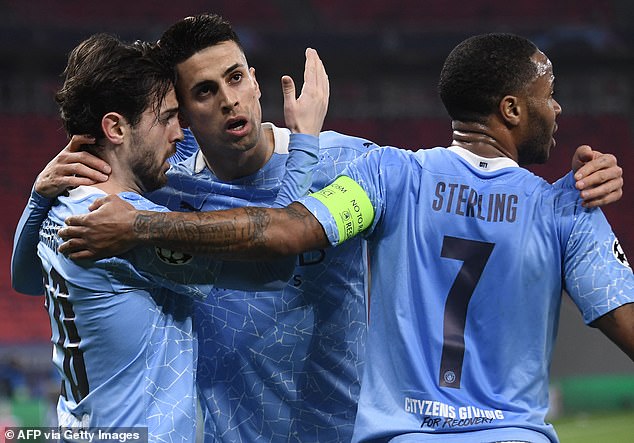 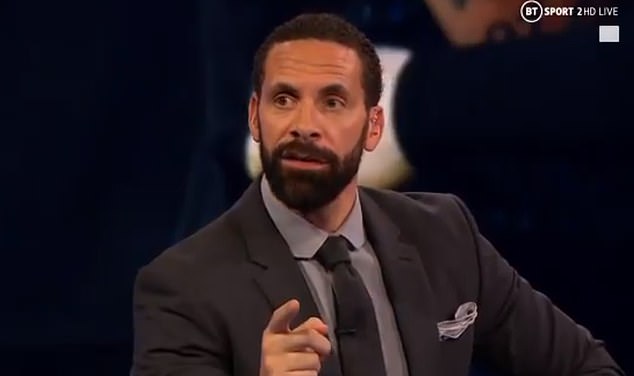 His role for City sees him play as a conventional full-back when his side don’t have the ball, but shift into the midfield when his side have possession.

He added: ‘He’s playing as a full-back but it’s not the conventional full-back. He ends up coming into the centre of the pitch.

‘His position once they get good possession is inside the pitch, almost as a pivot. When they have the ball it’s three at the back with two boys in front of them and he’s one of the boys.

‘He’s even into the No 10 position at times and he becomes like a playmaker – it’s crazy to see. And this is all obviously Pep [Guardiola] and him seeing the game a different way.’

Silva gave City the lead after he latched onto Cancelo’s cross to score the first goal, before the full-back again found Silva to nod across the six-yard box to assist Jesus’ strike. 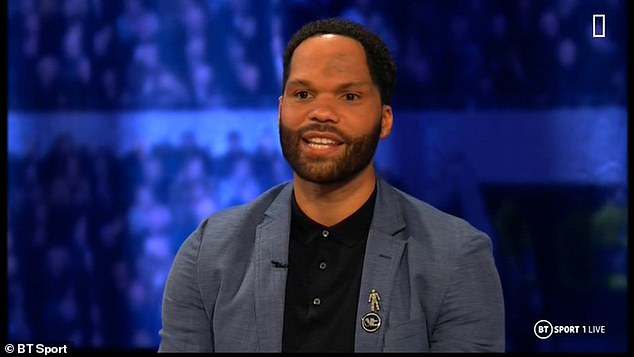 Former Manchester City defender Joleon Lescott said he doesn’t believe there are many full-backs in the world that ‘can play the way’ that Cancelo does.

When asked what player’s absence would be most costly to City, Lescott said: ‘Possibly Cancelo. Because he’s able to go and adapt different positions deeper in the team whereas at forward they’re covered.

‘Phil Foden can come in, Gundogan, Kevin de Bruyne, Aguero, that’s the one role in the team that’s so important maybe it would be a bit of a chink.’

Lineker mentioned that Trent Alexander-Arnold could potentially play the same way if Liverpool used the same system as City, due to his passing ability.

Ferdinand agreed as he said: ‘I think Trent’s got as good a passing range as anybody. But what Cancelo has got is his mobility, how quick he is, he’s sharp, aggressive with and without the ball. I think it’s a fantastic new way of seeing a full-back play.’ 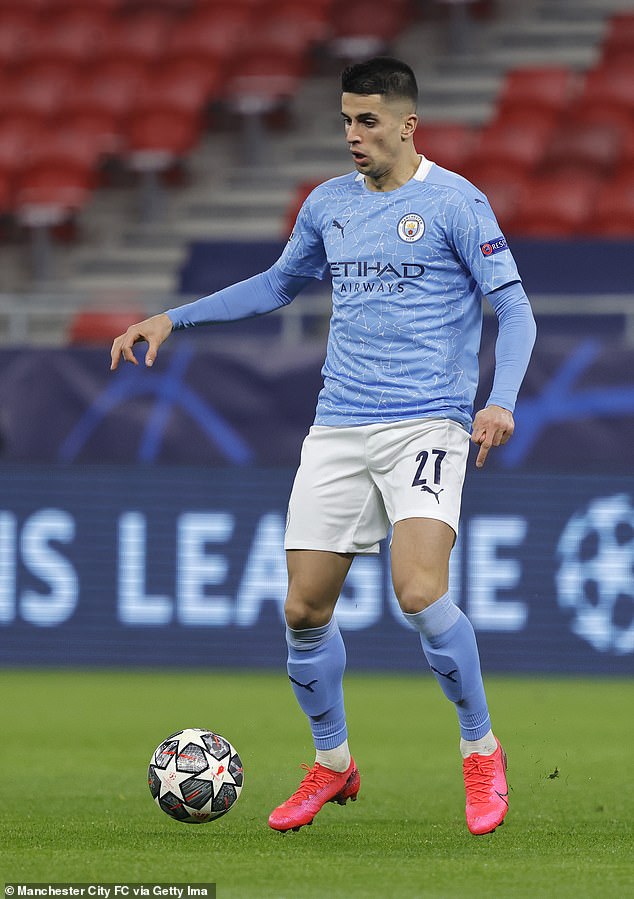 ‘Even though he’s one of the most naturally gifted full-backs in the division, he’s not as quick as maybe (Andy) Robertson getting up and down the flank but his football intelligence is off the charts.’

One of his team-mates who knows him particularly well is Silva who scored City’s first goal.

‘Joao is an amazing player,’ Silva told BT Sport. ‘I played with him seven years at Benfica, I know him very well and the connection is good. His passing is quality and overall he’s doing a great season.’

City boss Guardiola also praised Cancelo’s performance, saying: ‘He gives us something special to our process to play.’

Sasa Kalajdzic: The lowdown on the Borussia Dortmund...

Barcelona ‘will NOT move for Bayern Munich veteran...

Erling Haaland is asked for his autograph by...

Bayern Munich ‘have told Jerome Boateng that he...

Mino Raiola HITS BACK at Spanish reports on...